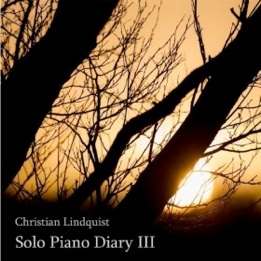 Christian's Website Christian's Artist Page on MainlyPiano
Album Links
Amazon (referral)iTunes
This site contains affiliate links to products. We may receive a commission for purchases made through these links.
Solo Piano Diary III
Christian Lindquist
2013 / CHL Production
60 minutes
Review by Kathy Parsons
Solo Piano Diary III is the third volume in a series of solo piano improvisations by Swedish pianist/composer Christian Lindquist. The first two Diaries were released in 2008 and 2010, and, like those two gems, the twenty-three tracks on #3 appear in chronological order, starting on 11/10/12 and ending with 3/28/13. The other two albums’ tracks were titled only with the dates they were conceived, but this one actually has song titles. The series was created as a means for Lindquist to seek truth from his own heart as well as an outlet for self-expression, and these wonderful pieces are in their purest and most sincere form, unedited and in the moment. Strong classical influences can be heard as well as jazz, new age, and even a little gospel. The moods are consistent enough to provide a subtle backdrop for other quiet activities, but I highly recommend giving this album your full attention at least a few times, as it’s too beautiful to not savor in its entirety. I will reuse my own quote from the previous two Diary reviews and re-state that “This is music to get lost in, hoping never to be found again!” as it is just as fitting for this collection.

There are too many tracks to mention each one, but I have to say that there is no filler or fluff and all of the pieces are reflective and spare. The beginning piece, dated 11/10/12 and titled “Coming Back,” is a lovely intro, setting a quiet, peaceful tone for the album. “I Need to Sleep” has the feeling of late-night musings at the piano - minimal and soft-spoken. As would be expected from the title, “My Gospel” has a very hymn-like style which is mostly quiet with a few gospel phrases in the middle that present a pleasant surprise. “Be There” is subtle and very graceful with lots of open space, giving the music plenty of breathing room. “So Happy” conveys a deep sense of contentment rather than a giddy joy. “Always” expresses a tender passion that makes it a favorite. “Walk With Me” is warm and peaceful while “Farewell” is more conversational and bittersweet. “My Island” closes the album with a soft-spoken tribute to a special place.

If you are new to Christian Lindquist’s Solo Piano Diary series, this is a great place to start for soothing, relaxing piano music with substance. If you have the first two in the series, #3 is a perfect finish to the set. It is available from Amazon, iTunes, and CD Baby. Very highly recommended!
April 29, 2013
Christian's Website Christian's Artist Page on MainlyPiano
Album Links
Amazon (referral)iTunes
This site contains affiliate links to products. We may receive a commission for purchases made through these links.
More reviews of Christian Lindquist albums 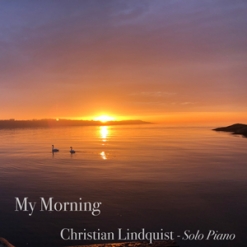 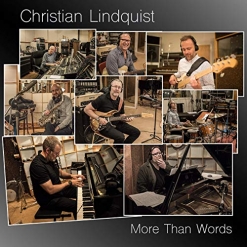 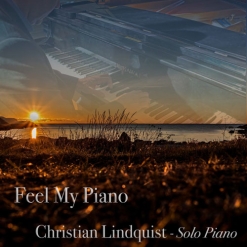