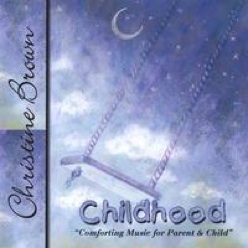 Christine's Website Christine's Artist Page on MainlyPiano
Album Links
Amazon (referral)iTunes
This site contains affiliate links to products. We may receive a commission for purchases made through these links.
Childhood
Christine Brown
2004 / Key Image Music
62 minutes
Review by Kathy Parsons
I need to preface this review by saying that it’s been a whole lot of years since I’ve had “Skip to My Lou” stuck in my head! I’m not sure that’s such a good thing, but the innocence of Childhood, Christine Brown’s new collection of music of “comforting music for parent and child,” has been refreshing. The CD is made up of themes and variations on and medleys of familiar children’s songs as well as two of Brown’s original compositions. The arrangements are mostly for piano and sampled strings, and a few pieces are played on keyboard. Brown’s approach is more gentle and soothing than playful and bouncy, making this quite an enjoyable listening experience whether or not you have children. Several of the medleys are in very clever groupings: “Twinkle, Twinkle, Little Star/ When You Wish Upon a Star,” and “Are You Sleeping? / Hush, Little Baby” (I love this one!) to name two. A lot of thought, love, and heart went into the making of this album, and the sweetness of Brown’s arrangements envelop the listener like a warm blankie. The only weakness to my ears is that some of the sampled strings are a bit overpowering on a couple of tracks, but, for the most part, they are tastefully in the background, enhancing the songs with washes of color. I’d prefer Brown’s lovely version of “Over the Rainbow” as a piano solo rather than keyboard, but that’s me.

Fully titled Childhood - Comforting Music for Parent and Child, the CD opens with a medley of “Alouette/ Itsy Bitsy Spider” that is so wistful that it elicits a sigh. “Sand Castles,” one of the two original pieces, is serene and dreamy. The gentle flow is like a caress. “Innocence” is the other original composition, and it, too, has a melodic tenderness that is irresistible. Another medley I really like is “Polly, Put the Kettle On/ I’m a Little Teapot.” Brown’s piano is accompanied by guitar, keeping it simple and pure. “Rock-a-bye Baby” has some exceptional variations on a very familiar theme, making this another favorite.

There is a total of twenty-five songs in various combinations in the fifteen tracks, so there’s a very good chance that your favorite children’s song, or your little one’s favorite, is here. A beautiful selection for bedtime or nap time, or just for the sake have having some sweet, innocent music in the air. Childhood is available from www.christinebrownpiano.com.
March 22, 2005
Christine's Website Christine's Artist Page on MainlyPiano
Album Links
Amazon (referral)iTunes
This site contains affiliate links to products. We may receive a commission for purchases made through these links.
More reviews of Christine Brown albums 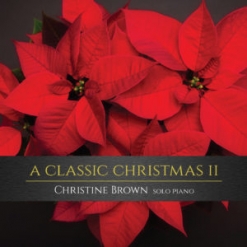 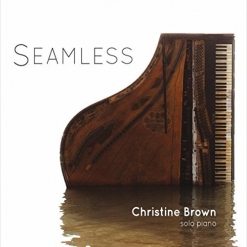 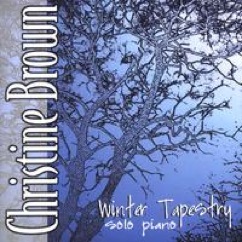