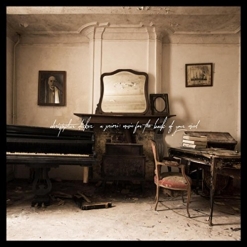 Christopher's Artist Page on MainlyPiano
Album Links
Amazon (referral)iTunes
This site contains affiliate links to products. We may receive a commission for purchases made through these links.
A Priori: Music For the Back of Your Mind
Christopher Dicker
2017 / Christopher Dicker
48 minutes
Review by Kathy Parsons
A Priori: Music For the Back of Your Mind is the debut solo piano album by Australian composer/pianist Christopher Dicker, and a very impressive debut it is! Now in his later 20’s, Dicker started his music career as vocalist and founding member of the Australian metal/hardcore band, House vs. Hurricane. After touring much of the world with HVH, Dicker left the group in 2011 to write and record with other musicians as well as to explore other styles of music. As Dicker discovered the solo piano works of various classical composers, he felt drawn to the discipline of classical piano as well as to composition in this new (for him) form of musical expression. The twelve original pieces on this album are the result of his experimentation with solo piano and are uncluttered, reflective, a bit on the dark side and quite beautiful.

I found the title of the album intriguing and was happy to find Dicker’s explanation of how it came about: “I feel as if music can come from a place in me that I'm not entirely cognisant of. Something like a soundtrack to the back of my mind, for the things which live in that part of me remain outside my grasp & gaze. A place however, at least to me, under any serious consideration is entirely self-evident. Ultimately and maybe naively, I think that makes it increasingly more honest. And just like the solo piano, there really is nowhere to hide.”

A Priori: Music For the Back of Your Mind begins appropriately enough with “Begin,” a quiet piece that sets the mood and tonal colors of the album. I have no idea what the title “Pruned Oak” refers to (other than the obvious), but the music evokes a variety of images. What I see with the changing themes within the piece is the oak telling its story as parts of it are cut back to reveal its core. “Don’t You Worry” offers reassurance and musical comfort. The music itself is not overly complicated, but its message is soothing and very sincere. “Inside the Well” is another fascinating title as well as a favorite piece. Dicker uses the piano’s damper pedal to great effect to express the feeling of darkness, depth, echoes and the slow movement of the water within the well. No one is drowning here, but there are feelings of loneliness and isolation. “A Light That Cannot Be Seen” is very minimalist, but also very expressive and haunting - another favorite. “Waltz For the Dawn” is a graceful and very tranquil minor-key waltz that I’d love to see in sheet music! It’s been awhile since a piece has made my fingers itch, but this one does it! I love “The Poet/ The Painter.” Dark and mysterious with changing rhythms, it just trails off at the end.

A Priori: Music For the Back of Your Mind is one of the best debut albums I’ve heard in quite a while. I understand Christopher Dicker has recently released a second album, and I’m really looking forward to it! This one is available from Amazon, iTunes, CD Baby and Bandcamp.
Highly recommended!

July 3, 2018
This review has been tagged as:
Debut AlbumsKathy's Favorites: 2018Kathy's Picks
Christopher's Artist Page on MainlyPiano
Album Links
Amazon (referral)iTunes
This site contains affiliate links to products. We may receive a commission for purchases made through these links.
More reviews of Christopher Dicker albums 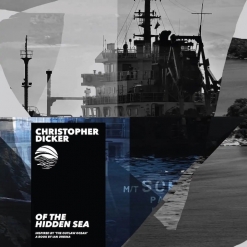