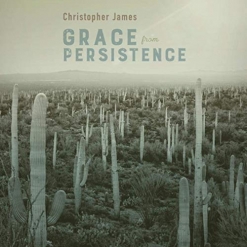 Christopher's Website Christopher's Artist Page on MainlyPiano
Album Links
Amazon (referral)iTunes
This site contains affiliate links to products. We may receive a commission for purchases made through these links.
Grace from Persistence
Christopher James
2019 / Val Gardena Music
38 minutes
Review by Kathy Parsons
Grace from Persistence is the third album by Christopher James as a solo artist. He also recorded several albums as part of Val Gardena, but that only scratches the surface of this artist’s musical career. Born Christopher James Roberts, he is an accomplished classical pianist and earned his BA in Music and German Literature at Lewis and Clark College in Oregon. Post-graduate studies took him to Germany and he stayed there for several years composing and producing music for the German film and television industry. In 1988, he was hired by PolyGram Records in New York and five years later, became President of Classical and Jazz Music. He later became CEO of Universal Classics and Jazz, but has re-dedicated himself to his true passion of composing and recording new music.

Grace from Persistence came from a desire to explore more of the complex compositional styles that emerged on his 2017 release, The Sad Waltz. Like that album, the music on this one is impossible to label as a specific genre, but is instead a unique style born of a lifelong emersion in the world of music - all kinds of music! Fellow Val Gardena collaborator Bob Stark co-produced the album and orchestrated most of the ten tracks. James composed all of the music and performs on piano surrounded by 32 additional musicians who create a small orchestra. The music ranges from very smooth and dreamy to uptempo jazz to more classical to the feeling of a film noir soundtrack. It’s a one-of-a-kind listening experience - something I always truly appreciate!

The album begins with “Awakening,” a piece that borders on being ambient. Piano, wordless vocals, bass and light percussion plus subtle string orchestration create a soft and dreamy atmosphere much like the feeling of gradually waking up on a lazy Saturday morning. “Get On With It” is completely different. A catchy beat and a jolly, almost whimsical clarinet and flute duo send this one dancing in a joyful, swirling motion. I really like this one! “Mother Russia (fantasy based on a theme by Scriabin)” has a mysterious, melancholy old-timey feeling that could have come from a movie from the 1940’s - very evocative and elegant. “Beyond the Stars” has the dramatic but spooky essence of an older scary movie. I think it’s the bowed and pizzicato strings that give it that feeling. The title track is somewhat more electronic with a peaceful repeated pattern on the piano with a gentle melody played on keyboards and electric guitar. Beautiful and very soothing, it’s another favorite. “Yes and No” picks the tempo back up with an energetic ensemble work for at least most of the group. “Neitherworld” returns to a more ambient style, but this time it’s quite dark. Muted trumpet and piano make a gorgeous combo with light strings in the background, and bring the album to a quiet close.

Grace from Persistence is an excellent follow-up to The Sad Waltz, which was one of my Favorite Albums of 2017. It is available from Amazon, iTunes and CD Baby.

April 23, 2019
This review has been tagged as:
Kathy's Picks
Christopher's Website Christopher's Artist Page on MainlyPiano
Album Links
Amazon (referral)iTunes
This site contains affiliate links to products. We may receive a commission for purchases made through these links.
More reviews of Christopher James albums 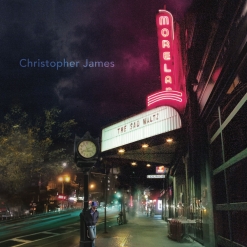