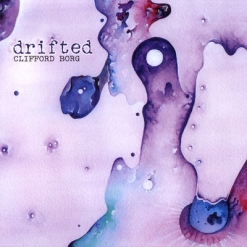 Clifford's Website Clifford's Artist Page on MainlyPiano
Album Links
iTunes
This site contains affiliate links to products. We may receive a commission for purchases made through these links.
Drifted
Clifford Borg
2002 / Clifford Borg
48 minutes
Review by Kathy Parsons
Drifted is the debut album by Maltese pianist/composer Clifford Borg. Recorded in 1998 and released in about 2002, most of the twelve tracks (plus a “hidden” bonus track) are solo piano. One piece includes violin (performed and arranged by Jean Micallef Grimaud), one includes cello (arranged and performed by Paul Micallef Grimaud), and one features both violin and cello. A few tracks also have digital strings and nature sounds such as birds, rain, and children laughing. The bonus track is performed on a digital keyboard.

Born into a musical family, Borg started taking piano lessons in his native Malta at the age of five. Within the first year, he joined his two sisters in his father’s band, entertaining patrons at their family’s restaurant. Very favorably received, the group named themselves The Islanders and started performing regularly at various Maltese hotels and clubs. At the age of ten, Borg was invited to give a live solo performance on Malta’s national television station and returned a year later with The Islanders. He started composing music early, earning awards and diplomas along the way.

Drifted begins with “Denied,” a piano solo inspired by the life of a pianist. The melancholy melody is strong enough to support lyrics, but expressively tells its story without any need for words. “September Nights” begins with the sound of crickets before the sweet and uncomplicated piano solo begins. “Wings” begins with the sound of ocean waves and sea birds. Dreamy and gently flowing, it strongly suggests a sense of freedom. “Longing Dawn” is my favorite piece on the album. Poignant and soul-searching, it sounds like a soliloquy that could have been created very late at night (or very early in the morning!), possibly by candlelight. “Ladybird” is the most light-hearted and carefree piece on the album. “Hoping” was composed when Borg was in search of true friendship and the emotions expressed are heartfelt and honest - also a favorite. The addition of violin to “Remembrance” is a beautiful contrast to the piano and adds a sentimental touch. “Reaching” was inspired by a character in a novel and includes some bright bell-like keyboard sounds (the stars that the character is reaching for?) that give the piece a feeling of child-like innocence. The piano is likely the most effective musical instrument for describing rain, and “Raindrops” utilizes that light, slightly percussive quality that works so well. Composed on a rainy Sunday afternoon, the track includes the sound of rain and thunder. The title track is at the end of the album and was inspired by a true story. Accompanied by violin and cello, the piece is very sad and deeply emotional - almost mournful. But that’s not really the end yet. After about a minute and a half of silence, the swirling and lighthearted bonus track comes in, providing a very happy ending after all!

Drifted is a very enjoyable debut album and provides an interesting look back at where Clifford Borg’s recording career started. It is available from iTunes and CD Baby. Recommended!
February 18, 2017
This review has been tagged as:
Debut Albums
Clifford's Website Clifford's Artist Page on MainlyPiano
Album Links
iTunes
This site contains affiliate links to products. We may receive a commission for purchases made through these links.
More reviews of Clifford Borg albums 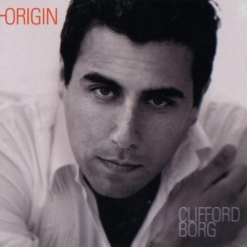