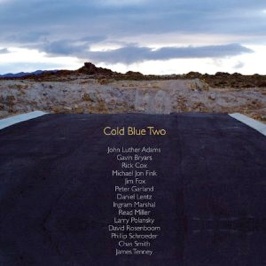 Various Artists' Artist Page on MainlyPiano
Album Links
Cold Blue MusicAmazon (referral)iTunes
This site contains affiliate links to products. We may receive a commission for purchases made through these links.
Cold Blue Two
Various Artists
2012 / Cold Blue Music
58 minutes
Review by Kathy Parsons
Cold Blue Two is a collection of fourteen previously unreleased pieces (some of which were composed for this album) by a fascinating assortment of composers. Much of the music on this album is more esoteric than what usually comes across my desk, but most of these pieces are very accessible with a bit of an edge. Nine of the artists appeared on the first Cold Blue album, which was released in 2002. As the title implies, most of this music is on the dark, chilly side, creating a sonic atmosphere that is often cinematic and visual. This is not an album for everyone, but taking some time with the music and really listening to it (as opposed to using it for background music or for sleep) can be a very rewarding experience. The sixteen-page booklet that comes with the CD gives the composers’ and performers’ names and the instrumentation, but no information about the music itself, leaving it up to the listener to determine what the pieces are about - or if they’re about anything at all.

Cold Blue Two begins with “Celli,” composed by Daniel Lentz and performed by Erika Duke-Kirkpatrick. Soulful and melancholy, it gives a perfect initial definition of “cold blue.” “Son of Soe-Pa” (Ingram Marshall) begins as a gentle acoustic guitar piece, but as it progresses, it becomes saturated with reverb that gradually distorts the sound and sends it into another realm that brings in layered children’s singing voices that also become quite distorted. The guitar gradually reemerges with its sweet melody and very slowly fades out. “Another Shore” (Phillip Schroeder) is expressed with celesta and digital delay. Sounding like delicate and musical wind chimes, the sparkling effect is magical. “Later” (Rick Cox) is performed on clarinets, piano, and electronics. More melodic than ambient, it’s a moody and very interesting piece. Chas Smith’s “Sometimes the Sword of Seven” is pure electronica and very edgy. “Come out, sit awhile; break the bottle, and you is lost” (Read Miller) has one of the more intriguing titles I’ve seen in a while and is an equally intriguing piano solo played by Sarah Cahill. Very spare and pitch black in tone, it’s one of my favorites. I also really like “It Never Rains,” a quartet for electric guitar, viola, cello, and double bass by Gavin Bryars. Achingly beautiful and heartbreakingly sad, it would be perfect in a tragic film setting. “Prelude to Alone” by Michael Jon Fink for clarinet, a variety of trombones, and electric guitar, conveys feelings of utter hopelessness - also very film-appropriate. “Mallets In the Air” (James Tenney) is another favorite. Performed on diamond marimba with a string quartet, it is very intense, but not dark or foreboding. I really like the energy of this one. “Hymn of Change” (David Rosenboom) is a bit of a surprise in that it is a much more traditional string quartet, and a lovely one at that! Jim Fox’s “Colorless sky became fog” ends the album with a haunting and very spare piece performed on hammered dulcimer, piano, viola, cellos, and double bass - an interesting combination of instruments that get it just right.

As I mentioned, this is not an album that everyone will enjoy, but if you like exploring music that is challenging but not too challenging, this is a great listening adventure. Cold Blue Two is available from coldbluemusic.com, Amazon, and iTunes.
February 21, 2013
Contributing artists:
Phillip Schroeder
Various Artists' Artist Page on MainlyPiano
Album Links
Cold Blue MusicAmazon (referral)iTunes
This site contains affiliate links to products. We may receive a commission for purchases made through these links.
More reviews of Various Artists albums 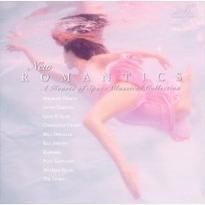 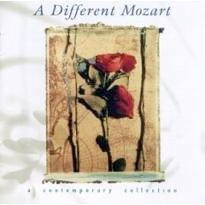