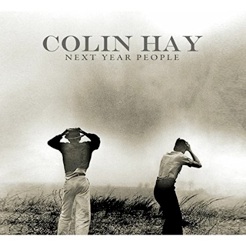 Colin's Website Colin's Artist Page on MainlyPiano
Album Links
Amazon (referral)iTunes
This site contains affiliate links to products. We may receive a commission for purchases made through these links.
Next Year People
Colin Hay
2015 / Lazy Eye Music
44 minutes
Review by Michael Debbage
Despite still being forever linked to the popular 80’s band Men At Work best known for their catchy hit “Who Can It Be Now?” Colin Hay has now been creating his own memorable music for over 25 years. In more recent years Hay has been in an overly creative mood with Next Year People representing his fourth release in the last 8 years, However he is not a man at work for pure quantitative purposes but rather one of the music industries high quality singer songwriters.

One of the attractive traits of Next Year People is Hay’s ease of moving his generally reflective mellow moments and seamlessly intermingle them with toe tapping optimistic songs like the opener “Trying To Get To You”. And even if the music is not quite as upbeat then the playful lyric content helps set a wonderful storytelling such as the bonus track “Are We There Yet”.

Otherwise Hay effortless can be philosophical without losing his sense of optimism found in the beauty of his simple melodies and lyrical content of the likes of “If I Had Been A Better Man”, the title track and the gorgeous “To There From Here”. It also appears that it is three times a charm as Hay once again closes out his album with another instrumental gem entitled “Lament For Whiskey McManus”. Frankly his guitar voice is equal to that of his lyrics that perhaps an all instrumental album might be something he should consider.

Colin Hay will be forever attached to Men At Work, something that he should be proud of. But clearly his most recent string of well executed albums show a singer-songwriter who is becoming quite a storytelling in his own right. But if your first reaction is to want to dig into his old catalog with Men At Work, be cautious and fail to yield to that roadblock as you would clearly be missing out on one of music’s underrated storytellers.
October 18, 2015
Colin's Website Colin's Artist Page on MainlyPiano
Album Links
Amazon (referral)iTunes
This site contains affiliate links to products. We may receive a commission for purchases made through these links.
More reviews of Colin Hay albums 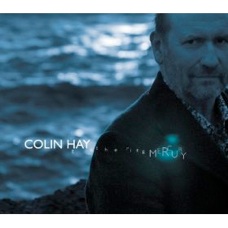