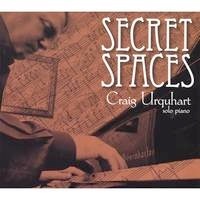 Craig's Website Craig's Artist Page on MainlyPiano
Album Links
Amazon (referral)iTunes
This site contains affiliate links to products. We may receive a commission for purchases made through these links.
Secret Spaces
Craig Urquhart
2007 / HeartEarth Music
54 minutes
Review by Michael Debbage
Craig Urquhart has seen very limited commercial success; however, critically speaking he appears to attract the ears of the reviewing community. Why is this? Urquhart’s music is uncompromising vying away from the comfort music of accessible melodies preferring a more classically based arrangement that is moody, melancholy and meditative. Much like its predecessors, Secret Spaces captures all this and more as the pianist paints a delicate and detailed landscape of his world with hues of elegance and grace.

For those of you not familiar with this classically trained pianist, Craig has been quietly recording his signature music since 1990 with the release of his debut Songs Without Words. Though he expanded his horizon last year by adding a voice to his contemplative instrumentation courtesy of the vocal renditions found on Secret and Divine Signs, Urquhart has returned solely to the keyboards to voice his inner soul.

Unlike Streamwalker, which included a few very optimistic tracks, Secret Spaces utterly lives up to its title as the music is clandestine in its hidden hope delivered with the soft touch and fragrance of wild but well clothed lilies in an open field of its Creator. That said, the spirit of this album lives out in the hopeful lamentation title track that opens Craig’s latest creation.

This theme of hidden optimism is expressed throughout the album with an underlying spiritual theme as expressed in songs and titles such as “Contemplation”, “Forgiveness” and “Meditation”, with the latter almost strummed out gently and slowly like an acoustic guitar. Then there is the vivid word picture of “Cathedral Pines” whose title neatly connects the created with the Creator along with a more traditional and classical approach.

Despite the meditative premise, Craig also points to matters of the heart courtesy of the tracks “Romance”, “Embrace” and the hauntingly beautiful “Reunion”, the latter that lingers in the touch that it will bring to your heart. Better yet, there is the delicate meandering of “Along The Seine” and for that matter the lengthy closer “Virginia Mountain Morning” that is probably the most sanguine selection of Secret Spaces.

Urquhart continues to tread down the long and winding road that demands much from his listeners including patience and an attentive ear to details that are more hidden than obvious. But, with this fortitude, the results are a listening experience that is enriching, elevating, and most importantly enduring from a pianist that marches to the beat of his own drum.
July 7, 2007
This review has been tagged as:
Michael's Favorites: 2007
Craig's Website Craig's Artist Page on MainlyPiano
Album Links
Amazon (referral)iTunes
This site contains affiliate links to products. We may receive a commission for purchases made through these links.
More reviews of Craig Urquhart albums 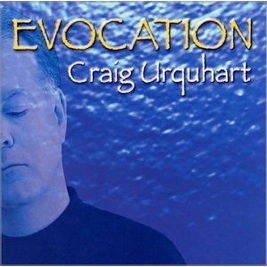 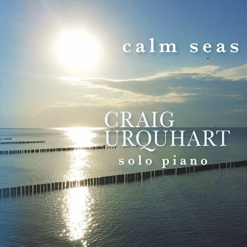