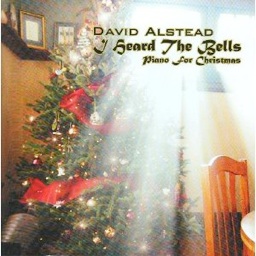 David's Website David's Artist Page on MainlyPiano
Album Links
Amazon (referral)iTunes
This site contains affiliate links to products. We may receive a commission for purchases made through these links.
I Heard The Bells
David Alstead
2008 / Narrow People Music
44 minutes
Review by Kathy Parsons
David Alstead’s I Heard The Bells is the perfect antidote for those who get tired of hearing Christmas carols played the same old way year after year. Energetic and jazz-infused Alstead’s solo piano arrangements and performances are likely to be different than any you have heard before. Many of the songs are some of the oldest in the Christmas repertoire, but Alstead’s fresh interpretations bring them right into the 21st century. I do need to point out that many of the Christmas CDs I’ve reviewed are very quiet and meditative - this one is not! There are a couple of gentle tracks, but most are upfront and ready to roll - good time music full of joy and fun. This is tree-decorating, party, and energizing music. Alstead’s complex harmonies and sometimes slippery rhythms keep the pieces musically interesting play after play and just might extend their time in your CD player past Christmas’ arrival and departure.

I Heard The Bells begins with “The Ash Grove,” a Welsh folk song from the early 1800’s. Although not as well known as many of the other traditional carols, it sets the festive tone of the album. The first verse of the title track is slow and slightly downbeat, but then Alstead picks up the tempo and mood to something Snoopy would love to dance to in a Peanuts Christmas special! If this one doesn’t make you smile, you’re just not in the holiday spirit yet!
“Deck the Halls” doesn’t sound like a song Mozart might have written, but I think he might have liked this version. Buoyant and bouncing with joy, those halls will get decorated in a jiffy at this rate! “O Come O Come Immanuel” slows it down, but this is not a conventional arrangement either. Interesting chord changes and a somewhat faster tempo than usual make this very early song sound new. Mendelssohn stipulated that any lyrics that went with his melody for “Hark, The Herald Angels Sing” had to be joyful, and this version certainly fits that bill - even though there aren’t any lyrics! Combined with “He Is Born,” this piece will dance right out of your CD player! “Noel Nouvelet” is a beautiful and then somewhat bluesy interpretation of this French carol - one of my favorite tracks! It’s amazing how many different treatments “We Three Kings” and “God Rest Ye Merry, Gentlemen” can take, and Alstead’s arrangements of both are excellent. The lovely, simple melody of “Bring A Torch, Jeannette Isabella” makes it one of my favorite carols to teach. This is one of the quieter tracks on the CD, but I really love Alstead’s interpretation - gentle yet urgent. “March of the Three Kings” is another traditional French carol, but this is a jazzy fun-loving arrangement. Those are three cool kings! “Silent Night” is the final of the sixteen tracks, and it’s gorgeous - peaceful and contented with a slight edge here and there.

For a Christmas album that is truly different, this is a solid choice! I Heard The Bells is available from www.davidalstead.com, cdbaby.com, and amazon.com. Sure to brighten your holidays!
November 28, 2008
This review has been tagged as:
Holiday Albums
David's Website David's Artist Page on MainlyPiano
Album Links
Amazon (referral)iTunes
This site contains affiliate links to products. We may receive a commission for purchases made through these links.
More reviews of David Alstead albums 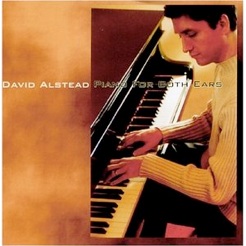 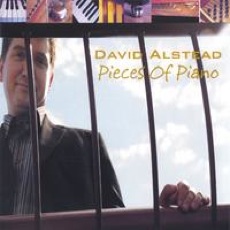