David's Website David's Artist Page on MainlyPiano
Album Links
Amazon
This site contains affiliate links to products. We may receive a commission for purchases made through these links.
Echoes of Creation
David Arkenstone
2010 / Oakenshield Recordings
39 minutes
Review by Michael Debbage
While David Arkenstone continues to be an innovative musician who is capable of embracing multiple genres and sub-genres at the drop of a hat, it is never for the purpose of seeking commercial viability. From Electronic to New Age Fusion to Native Indian to Ambient genres just to name a few, Arkenstone continues to create music with an eye on exploration and from that aspect the soundtrack to Jan Nickman’s latest film Echoes Of Creation is a perfect match.

This is not the first time that Jan Nickman has sought out a New Age artist to provide the musical backdrop to his nature based films. He has previously collaborated with David Lanz courtesy of the nature based videos and documentaries Natural States, Desert Vision and Living Temples. While Nickman’s past films had a more defined theme, this time around he decided to explore on a larger scale. Needless to say the soundtrack would warrant a broader and more eclectic feel to it thus Arkenstone’s ambidextrous ability to paint majestic strokes contrasted by his detailed nuances was a perfect partnership.

With a total of ten tracks, for the most part the music is more abstract than a typical Arkenstone recording as one has to keep in mind that it is still a soundtrack that is expected to compliment its visual counterpart. Nevertheless, this does not deter Arkenstone from providing several well structured and memorable tracks. The soundtrack opens with the angelic “Deep Beauty” that slides into the moving and more panoramic “Riding The Invisible”. First time around you might miss the slow builder “Embrace Everything” which is towards the end of the soundtrack. Here Dov works his magic on the violin followed by a steady percussion arrangement that is further complimented by Susan Craig Winsberg’s work on the flute. The results are enchanting and stirring. Meanwhile, the flute is once again featured on the concluding track “Epilog” and though brief, it brings the soundtrack to an unassuming but delightful conclusion. In between these bookends of more structured material, Arkenstone creates more dreamlike sketches that appear more geared toward effects for the movie than pure listening pleasure, nevertheless not music that should be dismissed.

The word wanderlust comes to mind if you were to describe the musical boundaries of David Arkenstone. However, it would still be very reasonable to consider David a leader in the New Age sector. Despite the declining commercial viability of New Age whose glory days have long gone, the creative edge of Arkenstone is as significant as it was when he recorded Valley In The Clouds close to 25 years ago. Echoes Of Creation is simply further evidence to support that it 25 years from now it is most likely that David Arkenstone will still be recording rich and relevant music.
January 1, 2010
David's Website David's Artist Page on MainlyPiano
Album Links
Amazon
This site contains affiliate links to products. We may receive a commission for purchases made through these links.
More reviews of David Arkenstone albums 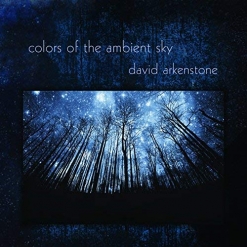 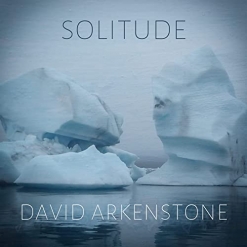