David's Website David's Artist Page on MainlyPiano
Album Links
Amazon (referral)iTunes
This site contains affiliate links to products. We may receive a commission for purchases made through these links.
Echoes of Light and Shadow
David Arkenstone
2008 / Gemini Sun Records
49 minutes
Review by Michael Debbage
Back in 1987, David Arkenstone released what was to become one of New Age’s landmark albums, "Valley In The Clouds." Mysterious and very electronic based, it still possesses the accessible warmth that this legendary artist is capable of creating. Twenty years later with a score of albums attached to the artist directly or indirectly, Arkenstone once again has created an album that is creative, compelling and courageous.

Even prior to inserting the disc into your player your curiosity is aroused with a CD booklet that is layered in black and white photography allied with its very picturesque album title, "Echoes Of Light And Shadow." A quick glance at the credits you will notice that a huge cast of musicians are missing. The setting is much more intimate with repeat appearances from Susan Craig Winsberg on flutes and Dov on violins and viola. Otherwise it is the multi talented instrumentalist Arkenstone featured on guitar, keyboards, mandolin, bass and percussion with Michael Aarold also assisting on the mixing and mastering of Arkenstone’s most unique and recognizable sound.

While David continues to present his listeners with colorful tones and textures within his music, the stroke of his musical paint brush this time around is not as bright and vibrant. By no means does this make "Echoes Of Light And Shadow" boring or stoic. Nevertheless, it is probably one of Arkenstone’s more restrained albums that effectively sheds light in the darkness just at the right time. This is best exemplified courtesy of the hauntingly beautiful melancholy of “No Rain, No Rainbows.” With Dov’s strings on the forefront in utter unison with David’s keyboard driven orchestration, with a touch of choral voice samples, they create a more somber yet provocative composition. Even darker is the rather random and disorganized “Entropy” that is eerie yet unique, focusing on the softly wailing guitars and keyboard effects.

In utter contrast there is the optimistic and pulsating melodious “Lightdance” that is driven by the rhythms of Arkenstone’s guitars and percussion arrangements. Once Dov’s vicarious violins enter the picture at about the two and half minute mark, you become acutely aware that the song has all the ingredients of yet another David Arkenstone masterpiece. It is here that you also realize that the album has a much more organic sound comparable to his epic, "Sketches From An American Journey." The search for sanguinity can also be found courtesy of “On The Wings Of Innocence” that features both Winsberg on flute and Dov on the strings. Of course, the song would not be complete without the detailed colors of Arkenstone who lathers it in detailed odd percussion and keyboard effects. Simply brilliant.

Ultimately, Echoes of Light and Shadow manages to encapsulate the contrasting moods of darkness and light without depriving us of the joys that are deeply tied to David’s musical compositions. This is best summed up in the enchanting evocative closer, “Drops Of Starlight,” that casts light on its shadows concluding another stellar album from an artist who is still in full creative stride twenty years since his enthralling debut.
January 1, 2008
This review has been tagged as:
Michael's Favorites: 2008
David's Website David's Artist Page on MainlyPiano
Album Links
Amazon (referral)iTunes
This site contains affiliate links to products. We may receive a commission for purchases made through these links.
More reviews of David Arkenstone albums 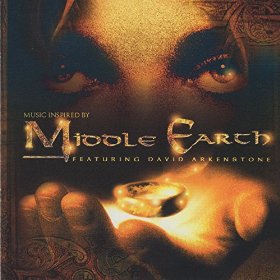 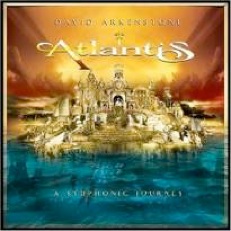