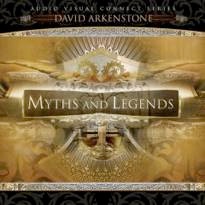 David's Website David's Artist Page on MainlyPiano
Album Links
Amazon (referral)iTunes
This site contains affiliate links to products. We may receive a commission for purchases made through these links.
Myths and Legends
David Arkenstone
2007 / Gemini Sun Records
48 minutes
Review by Michael Debbage
With a temporary return to his record home base Narada, David Arkenstone released the very impressive Atlantis three years ago. With Narada’s lack of activity especially in the New Age genre, the relatively new kid on the block, Gemini Sun Records, managed to whisk this legend away resulting in Arkenstone releasing his latest adventure land Myths and Legend. With the title sounding somewhat like a compilation this is quite the contrary as the album represents not only all brand new material from the master of New Age but also another technological advancement from this cutting edge artist.

David Arkenstone’s recording debut began back in 1987 with the release of the electronic themed Valley In The Clouds. To this day it is considered one of the genres classic and landmark albums. However, Arkenstone has refused to be stagnant always exploring multiple genres and sub genres such as Renaissance, Celtic, World, Middle East, Asian and Native Indian themes. Myths and Legends swathes his entire career exploring all of the above genres yet with brand new compositions that are intricate in detail yet with bold majestic strokes of musical colors and tones. And it all starts with the magical “Tree Of Life” with an opening passage of wonderful foreign instrumentation in the graphic detail that one has come to expect with Arkenstone including swirling synthesizers, precise percussion and strings.

Celtic themes can be found on the bouncy and cheerful “Legend Of Bell Rock” though the moody opening passage with a distant bell contradicts such a conclusion. Give it about two minutes at which time the song assumes its highland groove but the wait is worth its weight in gold. A similar pattern is found in the Renaissance inspired “The Wolf’s Head” though this time it only takes about 30 seconds before the penny whistles are complimented by the animated percussion and strings inspiring you to grab a turkey leg and watch the knights in combat.

Worlds away there is the extremely exotic vocal chants of Kathleen Fisher on the introduction of “Song Of Sheherazade”. Once again at about the two minute mark a slow but bold percussion beat drives the song taking you to the lands of Persian. One can only imagine a sultry yet conservative beauty dancing in a palace before the royal court gorging on a banquet of spicy foods. A similar theme is played out the equally exotic “Temple Of Isis”.

The Native Indian, Eastern and electronic themes are also captured respectively via “Daughter Of The Sun”, “Across The River” and the spatial “Oceanus”. Ultimately, David concludes the audio portion of the album with the bold “El Dorado” that probably best represents his cinematic new age rock. However, if is this is still not enough a complimentary audio disc that includes supplementary ambient textures can be played simultaneously with its counterpart but to do so you will need another musical source. That said, those of you who lean towards electronic chill out music may enjoy the complimentary disc as a stand alone musical experience. Visually there is also the DVD part of the Audio Visual Connect series that also include your typical videos, computer animated productions and of course insightful interviews.

David Arkenstone is considered one of the genres best multi instrumentalist capable of creating masterpieces at the drop of a hat. Myths And Legends would fall in this category with clear evidence that Arkenstone’s ear for a melody continues to extend to the detail and patience that he has as a producer and arranger. Unemployment is not an issue this gifted artist need ever fear.
January 1, 2007
This review has been tagged as:
Michael's Albums of the YearMichael's Favorites: 2007Michael's Top 30 for the Decade (2000-2009)
David's Website David's Artist Page on MainlyPiano
Album Links
Amazon (referral)iTunes
This site contains affiliate links to products. We may receive a commission for purchases made through these links.
More reviews of David Arkenstone albums 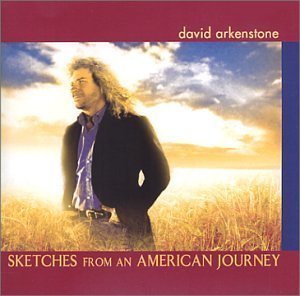 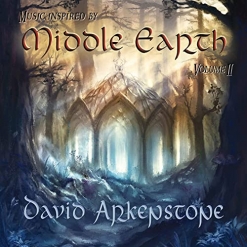