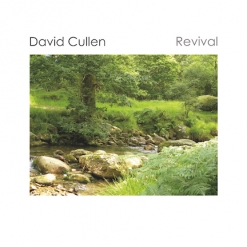 David's Website David's Artist Page on MainlyPiano
Album Links
Amazon (referral)Apple/iTunesSpotify
This site contains affiliate links to products. We may receive a commission for purchases made through these links.
Revival
David Cullen
2023 / Blue Counterpoint Music
52 minutes
Review by Kathy Parsons
Grammy Award-winning guitar master David Cullen returns with Revival, his first solo guitar album in fifteen years - lucky us! The album was inspired in part by the purchase of a Jeffrey Elliott classical guitar in 2021. Once David felt comfortable with this new instrument, the music started to flow and ten of the twelve tracks were "born" in two hours last spring. That rapid outpouring of new music became a "revival" of David's solo recording career and the mixed bag of colorful playing styles takes us on a musical journey that is both relaxing and stimulating to the imagination. David recorded Revival with both the Jeffrey Elliott classical guitar and a Taylor CE 615 steel string guitar. Recorded, edited, mixed and mastered by Corin Nelsen, the clarity and beauty of the sound quality caught my attention immediately and it remains consistent throughout the album.

David Cullen started playing the guitar and taking lessons as a young child and was playing gigs by the time he was twelve. Exceptionally well-versed in a variety of music styles and genres, David earned his Bachelor of Music in Classical Guitar Performance from the Hartt School of Music (University of Hartford, CT) in 1981 and released his first album in 1986. From 1988-2008, he worked as Will Ackerman's guitar tech and duo partner in performances. Between 1999 and 2008, David released ten solo guitar albums on Solid Air Records. In 2015, he began collaborating with his wife, Jill Haley, a very notable composer and musician in her own right, with her National Park series of recordings. In addition to all of that, David has been teaching guitar at the college level as well as privately.

Revival begins with "Looking Up," an easy-going bit of musical warmth and optimism. As the title suggests, "You Will Find Your Way" expresses an intimate, compassionate message that says so much more than words ever could. "One Day" feels more introspective and dreamy, perhaps musing about hopes for the future. "Follow the Creek" has the gentle energy of a quiet walk in the woods while "Clouds, No Rain" is reflective and just a bit melancholy - very peaceful and soothing! The blues-tinged "Knockin' On the Door" takes us in a different direction without interrupting the smooth flow of the album. "Rolling in the Meadow" suggests images of a carefree afternoon in the warm sunshine of a beautiful meadow, just laying back and taking it all in. The title track also hints at bluesy roots - relaxed and soulful. "Back to the Roots" takes this several steps further with its jazzy spirit and catchy rhythms. "Chamba Tranquillo" goes in a more romantic, Latin-influenced direction - elegant and very beautiful! "Let the Horses Run" has a cinematic, "Americana" feeling that makes me think of the wild horses of the mid-west running free in the open land. I really like all twelve tracks on the album, but if I could only choose one favorite, it would be this one. The album comes to a quiet close with "Meet You At the County Line." Its ballad style seems to tell a "story without words," coming straight from the heart.

Revival is a wonderful album that will keep you coming back for more! It is available from Amazon, Apple Music/iTunes and streaming sites such as Spotify. Great stuff! Again, lucky us!

January 16, 2023
This review has been tagged as:
Guitar musicLatest Reviews
David's Website David's Artist Page on MainlyPiano
Album Links
Amazon (referral)Apple/iTunesSpotify
This site contains affiliate links to products. We may receive a commission for purchases made through these links.
More reviews of David Cullen albums 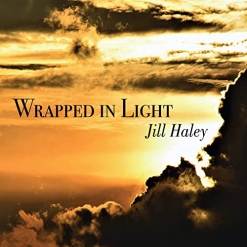 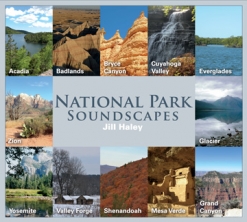 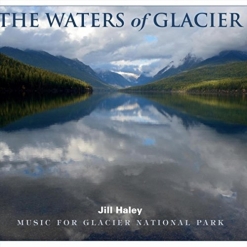 The Waters of Glacier
2018
(contributing artist)