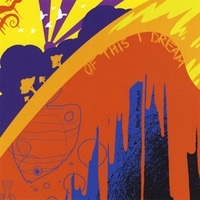 Of This I Dream Website Of This I Dream Artist Page on MainlyPiano
Album Links
Amazon (referral)iTunes
This site contains affiliate links to products. We may receive a commission for purchases made through these links.
Of This I Dream
David Findlay
2008 / Overt Music
53 minutes
Review by Kathy Parsons
David Findlay is a brilliant “new” artist who has been working in the music industry for thirty or so years. Of This I Dream is Findlay’s second album, following last year’s Delightful Voyages, which was nominated for four New Age Reporter Awards. I wouldn’t expect any less for this new release. A composer of film and television music for many years, Findlay melds a variety of musical styles and instruments into original music that is bold, innovative, intelligent, emotionally powerful, and accessible. A classically-trained pianist, Findlay is also proficient on brass, percussion, electronics, and guitar, all of which he plays on this recording in addition to being composer, arranger, producer, and recording engineer. On one track each, Findlay is joined by Christian Findlay on trumpet, Sue Breit’s beautiful vocals, and Stephanie Hospedales’ wordless vocals. Otherwise, this is truly a solo album - impressive!

The CD opens with “The Dreamcatcher,” a mysterious piece that sparkles at the beginning, but still conveys a feeling of dread - what’s next? More ambient than melodic, the piano comes to the front in a dreamy and freeform style that is much lighter than the dark background sounds - a fascinating piece! “Slipping Away” is a guitar ballad, melancholy and introspective. Various electronic background sounds add color and atmosphere, but this is a rather minimalistic piece. “The End of the Dance” is very visual and would be the perfect closing theme for a moody movie. Piano and trumpet play a dark and rather mournful duet that packs an emotional wallop. “Ripples in Dark Water” is much lighter in mood, suggesting rapid movement that sometimes flows and sometimes swirls. “Things In the Closet “ has a Latin-jazz feel to it - kind of mysterious and very energetic. Fun! “Song For the Boy” is mostly solo piano that is deeply emotional and reflective - a beauty. “You Are My Song” is a tender love song composed in 1990. Trumpet, voice, guitar, and light orchestration make this likely the most radio-friendly piece on the album - really nice! “Returning” clocks in at almost 8 1/2 minutes, allowing Findlay to explore and develop his themes at a leisurely pace. The first section is slow, reflective, and rather dark, with piano, guitar, and brass in the spotlight. The intensity builds and the piece goes even darker and deeper. Heavy drum beats heighten the feeling of desperation and then wind down a bit before the intensity returns and gradually subsides to the end - an amazing and very powerful piece! “Absent Friends” is a wonderful closing. Written in 1993 in honor of his father’s death, the song has had an evolution of its own, culminating in this arrangement with the marvelous vocals of Sue Breit. Sad and very poignant without becoming maudlin, it’s a heartfelt tribute and an outstanding song.

Of This I Dream is a great album for those who like music that is complex yet accessible and CDs that have a variety of styles and instrumentation all in one place. I highly recommend it! It is available from amazon.com, and iTunes.
May 26, 2008
Of This I Dream Website Of This I Dream Artist Page on MainlyPiano
Album Links
Amazon (referral)iTunes
This site contains affiliate links to products. We may receive a commission for purchases made through these links.