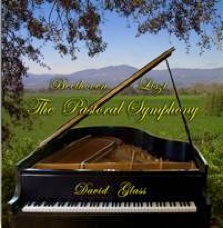 David's Artist Page on MainlyPiano
Album Links
iTunes
This site contains affiliate links to products. We may receive a commission for purchases made through these links.
Beethoven/Liszt: Pastoral Symphony
David Glass
2006 / David Glass
47 minutes
Review by Kathy Parsons
David Glass’ performance of the Liszt piano transcription of Beethoven’s Sixth Symphony, Pastoral, is nothing short of jaw-dropping. Franz Liszt transcribed all of Beethoven’s symphonies for his own performance as well as for other pianists, attempting to make Beethoven’s music accessible to more people. It was difficult, if not impossible, for orchestras of that time to move from town to town performing symphonic works, so Liszt took it upon himself to “reduce” many orchestral pieces to solo piano. The catch was and still is that Liszt was possibly the greatest pianist and showman to ever grace a concert stage, and some of his work is monstrously difficult. David Glass was introduced to Cyprien Katsaris’ world premier recording of this work as a student at The New England Conservatory of Music. Determined to learn it himself, Glass went looking for the transcription, and was intimidated by its immense difficulty. While working on his Masters Degree, Glass did a research paper that focused on the Liszt transcriptions of all nine of Beethoven’s symphonies. Years later, Glass’ wife gave him the transcription as a gift, and he picked at it off and on over several years before committing himself to the work in 2003. Glass was ready to record his first solo CD in 2005. He felt he should do a recording of classical music after devoting so much of his life to the classics, but he didn’t want to record the same music that thousands of pianists had already played. He chose this transcription of the Pastoral Symphony for his solo debut. It may be the first American recording of the work.

It was fascinating to listen to this CD after reviewing David Glass’ 2007 CD of original piano solos, as it clearly indicates what a versatile and powerful artist Glass is. He composed the music for “Beginning the Journey” after recording the Beethoven work, needing to express himself in a more contemporary and less technical way. The recordings couldn’t be more different, but they also complement each other by showing the full range of emotions and playing styles that one person can extract from the piano with enough training, artistry, and heart.

In a nutshell, the five movements of Pastoral tell the story of a day in the country beginning with a bright, cheerful awakening. Often dancelike, this first movement is magical and full of promise. The second movement is titled “Scene at the brook,” and is full of graceful movement as well as the piano describing birds and other nature sounds. The third movement is “Merry meeting of country folk,” and is about as jolly as carefree as music can be. The fourth movement is “Thunderstorm. Tempest,” and what an incredible work it is! At four minutes in length, it must leave the pianist completely drenched from exertion. “Song of the shepherds. Glad and thankful feelings after the storm.” brings a return of the joyful mood and carefree sunshine.

One of Beethoven’s most popular symphonies, this is a recording that should not be missed! It is available from , iTunes, amazon.com, and cdbaby.com. Very highly recommended to those who love huge classical piano works and artists who have mastered them.
August 26, 2008
This review has been tagged as:
Classical
David's Artist Page on MainlyPiano
Album Links
iTunes
This site contains affiliate links to products. We may receive a commission for purchases made through these links.
More reviews of David Glass albums 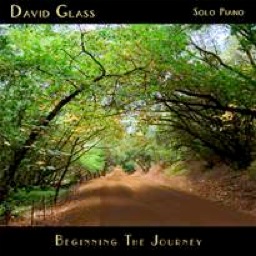 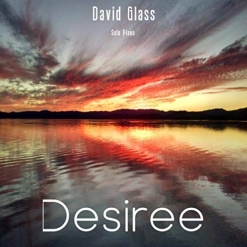 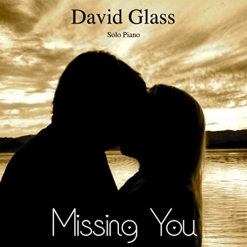