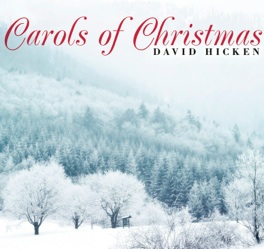 David's Website David's Artist Page on MainlyPiano
Album Links
Amazon (referral)iTunesBell Carol VideoSongbook Review
This site contains affiliate links to products. We may receive a commission for purchases made through these links.
Carols of Christmas
David Hicken
2013 / Enchanting Music, Inc.
44 minutes
Review by Kathy Parsons
One of the side-effects of teaching piano lessons for three decades and reviewing music for about fifteen years is that it can be be very difficult to get excited about Christmas music. Well, David Hicken has reawakened the Christmas music spark with his new solo piano Carols of Christmas! The album contains eleven traditional carols (not counting a couple of medleys) and one original piece. Some are big and flashy and others are much softer and more subdued - a perfect blend of styles and moods!

Hicken made a big splash is 2007 and 2008 with three solo piano CDs and companion sheet music books in quick succession - Goddess, Faeries, and Angels - and then more or less disappeared for five years. I was thrilled to hear from him a couple of weeks ago and even more thrilled when I heard Carols of Christmas and edited the soon-to-be-released sheet music book. A virtuoso organist as well as an amazing pianist, Hicken founded The David Hicken School of Music a few years ago in Honolulu where he has a full roster of students.

Carols of Christmas begins with a jaw-dropping arrangement of “The Bell Carol” (aka “Carol of the Bells”). I’ve heard and played some great arrangements of this carol, but this one tops ‘em all. (It’s also a blast to play!!!) Fast and intense as well as haunting, Hicken even sneaks in a little “We Wish You A Merry Christmas” and “God Rest Ye Merry, Gentlemen”! Sparkling, magical, and WOW!!! “In the Bleak Midwinter” is just about the opposite of “The Bell Carol.” Slow and graceful with a touch of melancholy, it’s a beauty. The medley of “What Child Is This?” and “We Three Kings” is another favorite. Hicken plays both melodies fairly traditionally, but the lively left hand rhythm and somewhat faster tempo give them a distinctive new style that really works. “Adeste Fideles” (“O Come, All Ye Faithful”) begins quietly and reverently for the first verse. The second verse is played in the upper treble of the piano, gradually building to the third verse, which is both showy and elegant. The tender and gentle “The Holly and The Ivy” follows, dancing lightly on the keys - one of the best arrangements I’ve heard. “Christmas In Tettenhall” is the one original piece on the album. Flowing and upbeat, my guess is that it expresses happy childhood Christmas memories. Hicken cleverly pairs “Silent Night” with “Still, Still, Still” to convey lovely images of snow falling in the moonlight and a night of perfect peace. “Hark! The Herald Angels Sing” is joyful and celebratory, and Hicken’s inclusion of a passage from Bach’s “Jesu, Joy of Man’s Desiring” is a happy surprise. “Away In a Manger” ends this outstanding Christmas album with a sweet lullaby for the Prince of Peace.

Carols of Christmas is stellar from the first note to the last! It is available from davidhicken.com, Amazon, iTunes, and CD Baby. I give it my highest recommendation!

Be sure to watch David’s “Bell Carol” video!
November 16, 2013
This review has been tagged as:
Holiday AlbumsKathy's Favorites: 2013
David's Website David's Artist Page on MainlyPiano
Album Links
Amazon (referral)iTunesBell Carol VideoSongbook Review
This site contains affiliate links to products. We may receive a commission for purchases made through these links.
More reviews of David Hicken albums 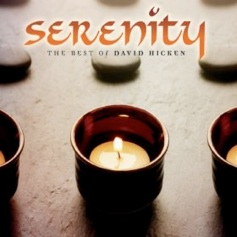 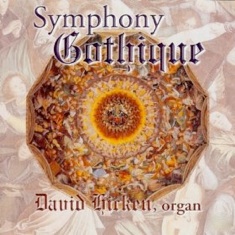