David's Website David's Artist Page on MainlyPiano
Album Links
Amazon (referral)iTunes
This site contains affiliate links to products. We may receive a commission for purchases made through these links.
Last Passing of Summer
David Lindsay
2018 / David Lindsay
53 minutes
Review by Michael Debbage
Canadian acoustic guitarist David Lindsay has been around in the music scene since 1988. While the biography on his website refers to a return to the active music scene when he recorded Nightbound with Will Ackerman in 2015, it is not clear whether this was his first recorded solo album. What is clear is that Last Passing of Summer has the pastoral reflective themes that William Ellwood on the Narada label excelled at from 1986 thru 1995. Yet David Lindsay though clearly heavily influence by Ellwood brings his own musical persona.

With Will Ackerman on board at the production table along with engineer Tom Eaton and the usual Ackerman A Team suspects, including Charlie Bisharat on violin, Eugene Friesen on cello, Jill Halley on English horn, Noah Wilding on wordless vocals, the Ackerman DNA is self explanatory. However Lindsay is not subjugated by Ackerman’s production and arrangement chromosomes, but rather he makes sure that the self titled song and the closer “The Wind Shapes The Pines” reflects Lindsay stripped down to him and his guitar. Even when Lindsay is accompanied by various members of the Ackerman A Team, he is not overwhelmed nor suffocated by the strong Ackerman team.

While comparisons with the pastoral William Ellwood are unavoidable, It goes without saying that David Lindsay, despite being in great company, has his own musical voice. Although this reviewer is late to the game and has not yet had a chance compare this recording with Lindsay’s 2015 record Nightbound, Last Passing of Summer reflects that this is not a season of the soul but a reoccurring need for more exceptional recordings like this.
April 22, 2019
This review has been tagged as:
Guitar musicMichael's Picks
David's Website David's Artist Page on MainlyPiano
Album Links
Amazon (referral)iTunes
This site contains affiliate links to products. We may receive a commission for purchases made through these links.
More reviews of David Lindsay albums 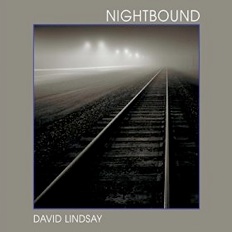