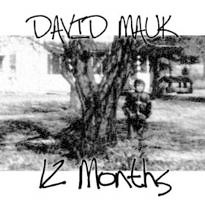 David's Website David's Artist Page on MainlyPiano
Album Links
Amazon (referral)iTunes
This site contains affiliate links to products. We may receive a commission for purchases made through these links.
12 Months
David Mauk
2008 / Thera Records
53 minutes
Review by Kathy Parsons
Although 12 Months is his debut CD, David Mauk has already compiled a very impressive musical resume. Originally from Ohio, Mauk has a regular musician gig at the Paris Hotel and Casino in Las Vegas and is working on a Broadway-style musical. He also composed the “official” music for the National Geographic museum exhibits: “King Tutankhamun and the Golden Age of the Pharaohs” and “Real Pirates,” which have been touring internationally. I suppose it’s stating the obvious, but 12 Months is made up of twelve tracks, one for each month, and each also represents an aspect of each month (“Thaw,” “Sky,” “Rain,” etc.). The music is electronic and extremely well-engineered. Inspired by childhood memories of his grandparents’ farm in Ohio, some of the pieces are quite melodic while others are more ambient. Each piece is distinctive and different from the others, yet the CD maintains a peaceful and contemplative mood throughout.

I like all twelve tracks on 12 Months, but my favorites are the first two. “March (Thaw)” opens the CD with sweeping cinematic strings. A keyboard introduces the melody and then a gentle rhythm sets the tempo. The keyboard/strings interplay continues as the percussion gently propels the piece. A great beginning! “April (Rain)” features guitar with a carefree flute-like melody dancing along in the background. String washes add tonal colors and dimension to the mix. This is the perfect musical portrait of a warm spring rain that sets new flowers and leaves in motion - simply beautiful! “May (Sunrise)” becomes more ambient, conveying the dramatic calm of a new day. “June (Breeze)” has a gentle but compelling beat behind a warm, lazy piano/keyboard/voice ambience. “August (Moon and Stars)” suggests vast space and a cool, quiet serenity. “November (Afternoon)” hints of changes in the air as the seasons go from fall to early winter. A catchy rhythm accompanies strings, piano, and atmospheric sounds that have a slight edge - another beauty. “February (Dusk)” closes the CD with the tranquility of early evening as the sun sets and the stars start to appear. A simple bell-like melody over chilly but soothing atmospheric sounds creates a mood of quietness and peace.

If 12 Months is any indication, I think we may have a new “star” emerging here in David Mauk. The CD is available from davidmauk.com, and MP3s are available from most downloading services including amazon.com. Check it out!
April 2, 2009
This review has been tagged as:
Debut Albums
David's Website David's Artist Page on MainlyPiano
Album Links
Amazon (referral)iTunes
This site contains affiliate links to products. We may receive a commission for purchases made through these links.
More reviews of David Mauk albums 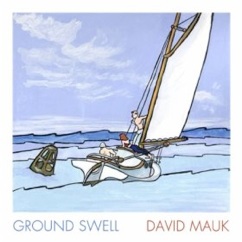