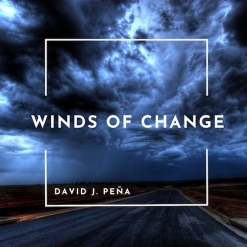 David's Website David's Artist Page on MainlyPiano
Album Links
Amazon (referral)Apple/iTunesSpotify
This site contains affiliate links to products. We may receive a commission for purchases made through these links.
Winds of Change
David J. Peña
2021 / WildAndFree
36 minutes
Review by Kathy Parsons
Winds of Change by composer/pianist/drummer David J. Peña follows his 2020 release, Thinking of You, which was nominated for One World Music Radio's Best Piano with Instrumentation award and Zone Music Reporter's Best Neo-Classical Album award. Winds of Change has also been nominated for One World Music's 2021 award for Best Piano with Instrumentation and, like Peña's previous album, was orchestrated by film composer Judah Earl. Peña explains his process:

"I really wanted to tap into my listeners’ emotions, by taking them on a cinematic journey.
As I composed each piece, a scene I imagine would come to life and take me on an emotional ride. The scenes brought me an array of emotions ranging from happiness to sadness, anticipation to relief, and everything in between. As I experience these emotions, I can hear the orchestra accompanying me, while I compose. I want my listeners to experience the same cinematic journey that inspired me."

I would say that Peña has succeeded well with those goals. The ten tracks are colorful, expressive and quite visual, providing a soundtrack to a movie of your own making. Or not - it's also a beautiful listening experience if you prefer to just sit back and enjoy the music!

Winds of Change begins with "Homecoming," a piece that begins at a fairly slow tempo and subtly increases in speed and excitement as it unfolds. By the mid-point of the piece, it feels almost euphoric - a dance of joy and celebration! Much of "Awakening" is played in the upper half of the piano keyboard, giving it a lightness as well as feelings of optimism and promise for the start of a new day. As it title suggests, "Remember When" is a bittersweet look back at easier and happier times. Piano and strings create a mood of poignant reflection and reach deep into the heart - a favorite! The title track begins with the sound of a thunder storm that fades as the piano and orchestra enter. Occasional thunder claps can be heard as the music gradually intensifies and then softens - I really like this piece, too! "Someday" is a sweet daydream set to music. Shimmering strings and the warmly optimistic piano melody give wings to the imagination - anything might be possible after all! "Willow" suggests images of the delicate grace of a willow tree as well as its strength and majesty. "Wise Mens Journey" opens with an emotional piano melody with strings accompanying, and seems to express both a profound sadness and deep longing. At just about the mid-point, there is a brief segue that leads into the traditional carol "O Come, O Come Emmanuel," one of my favorite melodies ever. As the piano and strings reach the chorus of the song, it becomes much more powerful and intense and then fades to a close. I LOVE this one - my favorite track on the album! Winds of Change closes with the lively and joyful "Take Flight," a piece that will have you dancing in your chair and is sure to bring a smile.

Winds of Change is very worthy of its award nominations and is available from Amazon and Apple Music/iTunes as well as many streaming sites. Recommended! 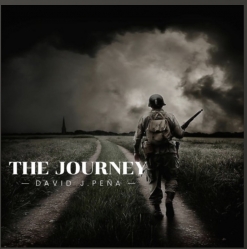