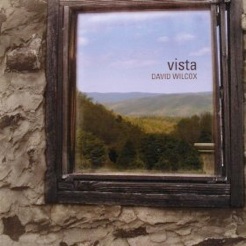 David's Website David's Artist Page on MainlyPiano
Album Links
Amazon (referral)iTunes
This site contains affiliate links to products. We may receive a commission for purchases made through these links.
Vista
David Wilcox
2006 / What Are Records
58 minutes
Review by Michael Debbage
Acoustic guitarist David Wilcox has been around for some time. His warm baritone voice and soft guitar work has always drawn comparisons with the amiable James Taylor. That said, David Wilcox has never quite enjoyed the commercial success of his mentor. Better known for his unusual guitar tunings and profound lyrical content, his melodies were not as obvious as his counterpart. The outlook on Vista changes all that with songs that are more memorable than his past enjoyable endeavors making Wilcox an even more potent singer songwriter.

David Wilcox has been recording his mellow insightfulness since his 1987 freshman offering The Nightshift Watchman. Over the last 20 years he has recorded a total of nine original recordings along with two very entertaining live documents and a best of compilation. Nevertheless, Vista represents the most upbeat adventure from Wilcox to date bringing an underlying Jack Johnson feel to it.

Musically, the toe tapping can be heard on the bluesy “Same Shaker”, “No Doubt About It” as well as the razor sharp libretto of “Good Man” pointing out that religion and faith are more polarized than you might think. Speaking of lyrics, check out his wondrous storytelling ability courtesy of the tongue in cheek “Wilford Brandon Hayes”. With a multitude of verses the story progresses into a real mind bender. Equally impressive is the unusual angle on the story of baby Jesus via the song “Miracle”. There is a heavy use of the dobra in some of these previously mentioned tunes thus laying a folk sentiment within the music.

With the melody becoming more prominent on his prior release Into The Mystery, the developments continue on Vista. The album begins with the catchy “Get On” that features some very fine vocal harmonies. The harmonies persist courtesy of the snap happy “Party Of One” but this time around the piano plays equal billing to the guitar. The piano is even more prominent on the soaring and inspiring title track “Vista” that has a Bruce Hornsby/Marc Cohn influence. Of course, it does not hurt to have the return of producer Ben Wisch who was featured on Marc Cohn’s early material as well as David Wilcox’s 1991 album Home Again.

The Wilcox family recently sold their home and exchanged it for an Airstream trailer and hit the roads of our wonderful country. Whether this has further inspired this already very insightful artist lyrically is debatable, but as far as a melody is concerned Vista is more memorable and contagious than any prior David Wilcox album. Considering the high expectation that comes with a David Wilcox album only holds this artist in even higher regard.

March 25, 2014
This review has been tagged as:
Ageless FavoritesGuitar music
David's Website David's Artist Page on MainlyPiano
Album Links
Amazon (referral)iTunes
This site contains affiliate links to products. We may receive a commission for purchases made through these links.
More reviews of David Wilcox albums 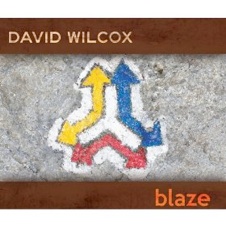