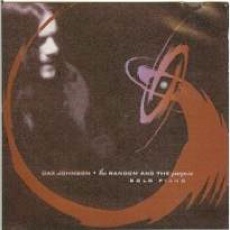 Dax's Website Dax's Artist Page on MainlyPiano
Album Links
Amazon (referral)iTunes
This site contains affiliate links to products. We may receive a commission for purchases made through these links.
Random and the Purpose
Dax Johnson
2000 / BMR Publishing
60 minutes
Review by Kathy Parsons
Random and the Purpose was Dax Johnson’s second solo piano CD, released in 2000, and the first recording to utilize the fourth pedal, his own invention, which creates wonderful alterations to the sound of the piano. Dax was a good friend of mine, but I was never able to get a copy of this CD until I was recently asked to review it for a new posthumous promotion of his music. After listening to this CD a couple of times, I was moved to get out Dax’s other recordings (two solo piano and a vocal) and listen to them again. It was almost overwhelming to revisit the raw emotion in his music and to remember the tremendously gifted artist that we lost in 2005. I was fortunate to have seen Dax play live several times, and he was one of the most charismatic people I have ever met or seen onstage. Fortunately, his musical legacy remains with us, and such a gift it is. Looking more like a biker than a “neoclassical” pianist, Dax seemed to enjoy his reputation as the “bad boy” of the piano, but his music clearly demonstrates an artist of emotional depth who understood the human condition and crammed more living into his brief thirty years than most do in a lifetime.

The CD begins appropriately enough with “Introduction (Fade In),” the first recording to feature Dax’s fourth pedal invention. This “pedal” was a block that was placed on some of the strings to mute them. Some pianists do this with one hand, but the pedal allowed Dax to continue playing with both hands - usually with one playing the muted strings, which had a metallic, plucked sound, and the other playing unaltered strings. The effect was incredible. “A Moment In the Life of Me” is raw, naked emotion and inner exploration - an amazing piece. The title track is very dark, intense, and mysterious - pure Dax. “Through the Storm” is a masterpiece of inner turmoil and turbulence that shows how effective the fourth pedal can be. Dax’s interpretation of Pachelbel’s “Canon” made me laugh. Nearly every pianist on the planet has recorded this chestnut, but leave it to Dax to change it to a minor key! One thing that never wavered with Dax was his love for his children. “Child’s Garden” is all about that love and discovering a part of his heart that he didn’t know existed before becoming a father. A four-part piece (that expanded for his next album, “Levity”), it includes the prologue and a piece for each of Dax’s (then) two children and niece. This is some of his most beautiful and tender music. “The Race” is one of Dax’s signature pieces - very dark and intense. “Ruler of One” was also on “Merciful Dwelling,” Dax’s debut. Symbolic of manic depression, he said he made so many mistakes the first time that he decided to do it again - another great piece. The closing bonus track is Dax having fun playing blues in a live setting.

If you are new to Dax Johnson’s music, this is a great place to start. You won’t hear piano music like this from anyone else - amazing stuff! Available from daxjohnson.com, iTunes, and amazon.com, I give it my highest recommendation.
August 7, 2008
Dax's Website Dax's Artist Page on MainlyPiano
Album Links
Amazon (referral)iTunes
This site contains affiliate links to products. We may receive a commission for purchases made through these links.
More reviews of Dax Johnson albums 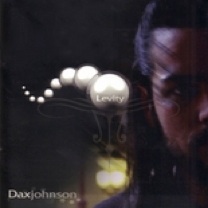 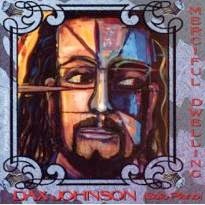 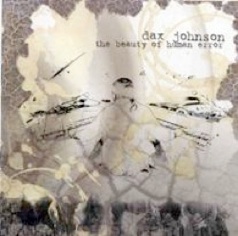