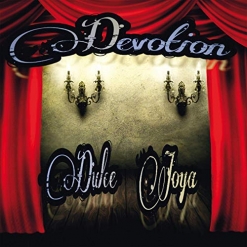 Dulce's Website Dulce's Artist Page on MainlyPiano
Album Links
Amazon (referral)iTunesYouTube
This site contains affiliate links to products. We may receive a commission for purchases made through these links.
Devotion
Dulce Joya Leon
2019 / Housemaster Records
65 minutes
Review by Kathy Parsons
I can do a one-word review of this album that pretty-much says it all: WOW!!!! Devotion is Dulce Joya Leon’s second album, following her award-winning 2017 debut, Reality of Dreams, which I did not hear - something I plan to remedy very soon! The ten original tracks on the album cover a very wide emotional range and reflect Dulce Joya’s extensive classical training, but her own music is contemporary, masterful and extraordinarily moving. It’s obvious that she has the playing “chops” to express anything she wants to at the piano and to make it sound easy. I’ve heard some amazing music this year, but Devotion just might find itself at the top of my Favorites list for 2019.

Dulce Joya was born in Cuba in 1975 and started studying the piano at the age of 6. She started performing not long after that. Her training and studies took her to Columbia and several locations in Europe, as did her classical and jazz concert performances. Settling in Salzburg, she has also taught piano and has been a church organist and choir director. Her debut album, Reality of Dreams, was released in 2017 and was awarded the Akademia Award for Best Classical Album (Piano), a Global Music Award in instrumental music, and was nominated for the SoloPiano.com Album of the Year in the Contemporary/Modern Piano category.

Devotion begins with “Passione Nocturnale,” a very big, fiery piece with a peaceful middle section that gradually rebuilds to the passionate intensity of the first section. It’s a great piece to start with because it shows the dramatic emotional range in Dulce Joya’s playing and composing styles. “Yes It Is You” has the expressive honesty of a deep conversation where only the truth is spoken. Some of the passages are very calm and still while others are more intense - gorgeous! “Eternal Love” is a compelling mix of simple tenderness and intense passion and again demonstrates what an amazing pianist Dulce Joya is. “Forgotten Worlds” has a tragic, mysterious feeling that gradually lightens in the second half. It stays poignant, but not as mournful as the first half - very cinematic! “Oceanally Hearts” is a favorite. I love the rhythm of the rolling broken chords on the left hand and the simple but powerful melody on the right. Dark and very emotional, it’s breath-taking! “The Endless Feelings of Mine” is another favorite. At just under nine minutes, the piece has lots of time to explore a variety of emotions/feelings without being rushed, and what a beautiful expression it is! “From Ancient Time We Meet Again” is storytelling without words at its best. Bright, colorful and overflowing with joy that is sometimes effusive and sometimes more serene, I think this is my favorite track on the album (there are so many favorites!!!) “Mistery Among Candles” is another delicious bit of musical storytelling with lots of room to create your own plot and characters as the music unfolds. Dark and often mysterious as well as playful, dramatic and emotionally expressive, it’s a great closing to an outstanding album.

Devotion is an incredible musical creation and I think I can confidently add Dulce Joya Leon to my short list of favorite pianist/composers. The album is available from Amazon and iTunes/Apple Music as well as streaming sites. Dulce Joya also has a YouTube channel.

November 21, 2019
This review has been tagged as:
Kathy's Picks
Dulce's Website Dulce's Artist Page on MainlyPiano
Album Links
Amazon (referral)iTunesYouTube
This site contains affiliate links to products. We may receive a commission for purchases made through these links.
More reviews of Dulce Joya Leon albums 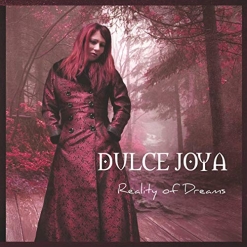