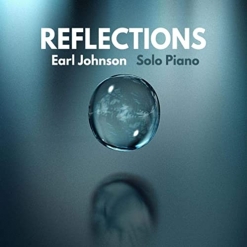 Earl's Website Earl's Artist Page on MainlyPiano
Album Links
Amazon (referral)Apple/iTunesSpotifySongbook Review
This site contains affiliate links to products. We may receive a commission for purchases made through these links.
Reflections
Earl Johnson
2014 / Earl Johnson
57 minutes
Review by Kathy Parsons
Reflections is the 2014 debut album by pianist/composer Earl Johnson. Earl has released two solo piano albums since then, Continuance (2020) and Dawn (2021), and while all three albums are really good, I think there has been an impressive amount of artistic growth between 2014 and 2021. I usually review an artist's work from the earliest to the most recent, but it seemed more logical to do Earl's most recent album first and work backwards, which has been very interesting! Also a piano teacher in the Los Angeles area, Earl's music is mostly relaxing and "easy listening," and is influenced by classical, jazz and other music genres that give him a unique voice and musical perspective. The fifteen tracks on the album are all original piano solos, and there is a companion sheet music book that I also reviewed.

It is interesting to note that Earl Johnson intentionally composed fourteen of the fifteen pieces in different keys - two are in the key of G major. He avoided the key of C minor simply because it was his favorite key at the time and he wanted to challenge himself. He titled the album Reflections so he could always look back and "reflect" on how far he has come since his first album.

Reflections begins with "A Small Prayer," the first piece Earl ever composed - a lovely and heartfelt start. "Meadow Falls" picks up the tempo to a lively, flowing pace similar to the speed of a waterfall in its downward descent. "Per Diem" is a favorite and serves as a reminder to take one day at a time. The relaxed walking pace is purposeful but not rushed. I really like "Solitaire," too. To me, it feels like the peaceful nature of spending some time alone. It turns out that it's about the beauty of gems and precious stones, illustrating how music expresses different things to different people! "Diamond Keys" sparkles as it effortlessly flows around the piano keyboard. "Rumination" effectively emulates the feeling of being in deep thought, letting your mind take over, and putting you into an almost "auto-pilot" state. The left hand seems very intentional while the right is almost improvised - really an interesting piece! "Piano Painting" is very free and expressive - creating images with the piano keys. "Street Lights" is a happy surprise. Composed during his college years, Earl says he received a standing ovation from his peers and professors when he played this in class, and I can see why. Slow and jazzy with a bluesy feeling, it's my favorite on the album! "Odyssey" conveys a feeling of movement and perhaps the rocking motion of being on the water, but could be about almost any kind of adventure. Ahhh, "Nightfall" is soooo peaceful - and is another favorite! As its title suggests, "Serenity Lake" is smooth and reflective - tranquility set to music! Earl Johnson says that "Catching Grace," the closing piece on the album, is the only piece he has composed with his eyes closed the entire time. He also says that the piece makes his mother cry no matter how often she hears it - a lovely ending for a very promising first album!

September 21, 2022
This review has been tagged as:
Debut AlbumsLatest Reviews
Earl's Website Earl's Artist Page on MainlyPiano
Album Links
Amazon (referral)Apple/iTunesSpotifySongbook Review
This site contains affiliate links to products. We may receive a commission for purchases made through these links.
More reviews of Earl Johnson albums 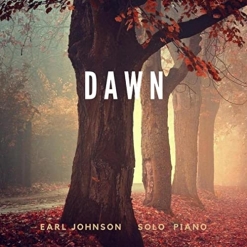 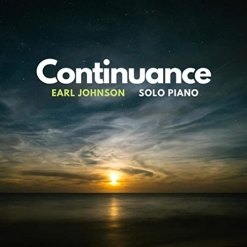