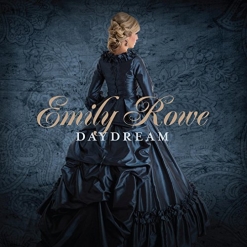 Emily's Website Emily's Artist Page on MainlyPiano
Album Links
Amazon (referral)iTunesKindle Songbook
This site contains affiliate links to products. We may receive a commission for purchases made through these links.
Daydream
Emily Rowe
2016 / Emily Rowe Music
41 minutes
Review by Kathy Parsons
Daydream is the debut album from pianist/composer Emily Rowe. Five of the ten tracks are solo piano, three are piano and cello duets with Tina Guo, and two are trios for piano, cello, and violin (Michelle Jade). All of the music was composed and arranged by Ms. Rowe and all of the pieces are graceful and soulful - great music to study with, for background music, to get lost in while unwinding, and to listen to for pure musical pleasure. There are no flashy piano theatrics here - just beautifully realized heart-songs that are played with grace and artistry by all three musicians. Rowe cites classical music (especially Chopin, Debussy, Mozart, Bach, Beethoven and Schubert), Windham Hill albums, and mid-19th century British literature as the primary influences on her music and musical style which is simple and direct yet very expressive and emotional. Her touch on the piano keys is velvety-smooth and elegant - no percussive sounds at all. I should also mention that Ms. Rowe’s sheet music transcriptions for all ten pieces are available on her website and in a Kindle version on Amazon.

Daydream opens with “Forever,” one of the two trios for piano, cello and violin. Bittersweet and haunting, it’s a beautiful beginning. “Midnight” is also a trio for piano and strings that is somewhat lighter and dreamier than “Forever,” but every bit as soulful. The title track is a piano solo that expresses gentle feelings of warmth and contentment. “Remember” is one of my favorites. It begins as a nostalgic piano solo and then the cello enters with beautifully contrasting sounds and tonal colors. I love piano and cello duets anyway, and this one is wonderful! “Past the Thorns” is my favorite of the piano solos. Inspired by the books Jane Eyre and North and South, some of the passages are quickly-flowing and some are more subdued. I also really like “Promise,” a poignant and passionate piano and cello duet. “Music Box” is a sweet and innocent solo piano waltz that brings the album to a close. Much of the piece is played at the upper end of the piano, swirling and dancing freely until it gradually winds down.

Emily Rowe has produced a beautiful debut album, and I look forward to many more recordings and sheet music from her! Daydream is available from Amazon and iTunes. Recommended!

September 17, 2016
This review has been tagged as:
Debut Albums
Emily's Website Emily's Artist Page on MainlyPiano
Album Links
Amazon (referral)iTunesKindle Songbook
This site contains affiliate links to products. We may receive a commission for purchases made through these links.
More reviews of Emily Rowe albums 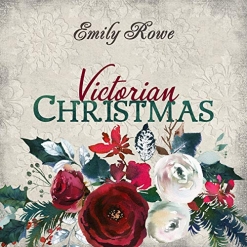