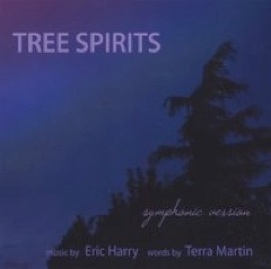 Eric's Website Eric's Artist Page on MainlyPiano Terra's Artist Page on MainlyPiano
Album Links
iTunesAmazon (referral)Calm Radio
This site contains affiliate links to products. We may receive a commission for purchases made through these links.
Tree Spirits: Symphonic Version
Eric Harry and Terra Martin
2008 / Eric Harry Music Limited
64 minutes
Review by Kathy Parsons
Tree Spirits: Symphonic Version is a collaboration of spoken word by Terra Martin and orchestrated music by Eric Harry. (Eric Harry also released a solo piano version of Tree Spirits with the music only.) Each piece’s title correlates to a passage read or recited by Martin over the instrumental music. On some of them, the words are quite short with the music extended beyond for several minutes. Some of the words are influenced by Native American lore and tradition, and Ashtar Ron Allen’s wood flutes are a beautiful addition to about half of the tracks. Terra Martin’s words aren’t quite poetry, but they are evocative, philosophical, and vivid. Eric Harry wrote the music, and performed the piano, orchestrations, and glass armonica. It’s quite an unusual project, and the music is gorgeous. I do prefer the piano version, but for those who favor a more cinematic musical experience with guided visualization, this is a great choice!

Tree Spirits begins with “Northern Lights.” Starting with the glass armonica gives the music a mysterious, sparkling sound and piques our interest as the piano, oboe, and strings enter with the flowing, magical melody. “Snowdrifts” is just Terra Martin’s soothing and reassuring voice and Ashtar Ron Allen’s flute, as are six other tracks that alternate with the orchestrations. “Silver Stream” includes piano, strings, oboe, and harp, creating a graceful and dreamy image. “Unrequited” is almost heartbreaking with its feelings of loss and regret. “Indian Summer” is also achingly beautiful. Piano, cello, and violins spin an elegantly dark tale that brings you in and wraps you in its lush warmth and safety. “Spiritual Passage” is lighter, but still very poignant and slightly mysterious. “Tiny Icicles” has a cold sparkle that dances like light on the snow. Fully orchestrated, it creates calm and peaceful images. “Ice Boating” creates a chill, but the idea of gliding across a frozen lake is so peaceful and still, as is the music that brings forth images of an icy wonderland that shimmers and twinkles in the light. 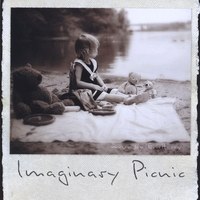 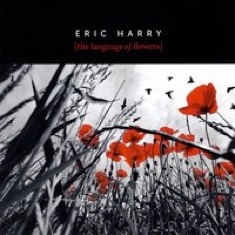 The Language of Flowers
2009
Review by Michael Debbage
Michael's Favorites: 2009 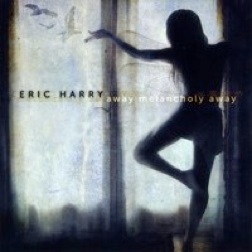