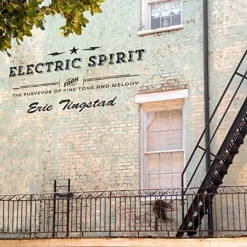 Eric's Website Eric's Artist Page on MainlyPiano
Album Links
Amazon (referral)iTunesHearNow
This site contains affiliate links to products. We may receive a commission for purchases made through these links.
Electric Spirit
Eric Tingstad
2018 / Cheshire Records
44 minutes
Review by Kathy Parsons
It may come as a surprise to those who know me for my “new age” piano reviews, but I have always loved the blues. Eric Tingstad’s Electric Spirit captures all that I love about that genre and more with driving rhythms, catchy melodies and an expression of the pure joy of making music. Over the past twelve years or so, Tingstad has released a series of albums tied to specific geo-cultural areas of the US, including Mississippi (2015), Badlands (2011) and Southwest (2006) - all incredible albums. Electric Spirit could easily have been called Mississippi 2, but where the earlier album was mostly acoustic, this one is electric and includes musical elements from The Caribbean, the Florida coastline, Delta blues and the London nightclub that played a big part in the historic rebirth of the blues in the early 1960’s. Tingstad calls the album “a continuation of the values and themes that inspired me to explore the core of the Mississippi ideal and how it invokes a legacy of deep creativity.” Even if the roots of the music on Electric Spirit don’t hold an interest for you, the unbridled joy of this music should draw in even the most jaded of souls and make them soar again. Tingstad composed all but three of the twelve tracks and also produced. He performs on guitars, pedal steel, lap steel, resophonic, and bass. His band includes James Clark on bass, Ben Smith on drums, Brooke Lizotte on organ and “Whirly,” Eric Robert on organ, Chris Leighton on percussion, Chloe Dolandis on vocals on one track, and Cindy Walker and Marie Lewey doing background vocals.

Fair warning here: I won’t be calling any of these tracks favorites because I love ‘em all! Electric Spirit begins with “Electric City,” a fantastic opener that is impossible to listen to while sitting still. The driving bass, soulful organ, and of course, Tingstad’s magical electric guitar set the tone of the album - I was hooked in seconds! “French Quarter” is a quick tour of the heart of “N’awlins” - a sultry toe-tapper with some beautiful finger-picking. “Oh Shenandoah” is a slow, rhythmic arrangement of the classic folksong with electric guitars, organ and percussion taking us back to a simpler time - love it! “Bessie” is classic blues - slow, sultry, and wonderful! “Amazing Grace” keeps it simple and soulful - a great arrangement! Eric Tingstad has been doing quite a bit of songwriting the past several years, and “There’s More” is one of those songs, beautifully sung by Chloe Dolandis. “South to Carolina” kicks back a bit with some breezy musical sunshine and a catchy beat. “Flamingo Club” was named for a nightclub in Soho, London that was open from 1952-1967 and played an important role in the development of British rhythm and blues as well as the reawakening of the genre where it was born in the US. The piece is reflective of that era. What would a blues album be without a song about a train? Tingstad’s “The Train of Thought” is a bit of musical magic that simply makes me feel good! The album closes with a wistful, dreamy arrangement of “Over the Rainbow” - the perfect ending for another masterpiece by guitar wizard Eric Tingstad.

Electric Spirit should not be missed and is guaranteed to be one of my Favorite Albums of 2018! It is available from Amazon, iTunes and CD Baby, and I give it my highest recommendation.
April 28, 2018
This review has been tagged as:
BluesGuitar musicKathy's Favorites: 2018Kathy's Picks
Eric's Website Eric's Artist Page on MainlyPiano
Album Links
Amazon (referral)iTunesHearNow
This site contains affiliate links to products. We may receive a commission for purchases made through these links.
More reviews of Eric Tingstad albums 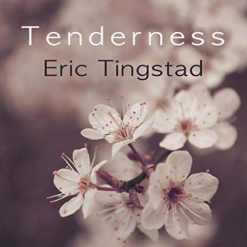 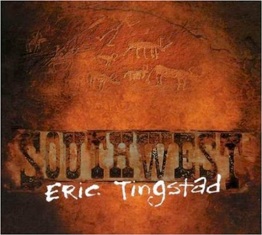 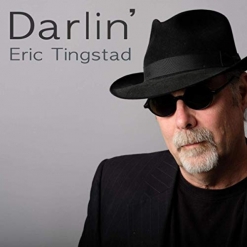