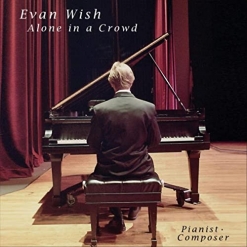 Evan's Website Evan's Artist Page on MainlyPiano
Album Links
Amazon (CD)Apple/iTunesSpotifyAmazon (MP3)
This site contains affiliate links to products. We may receive a commission for purchases made through these links.
Alone In a Crowd
Evan Wish
2020 / Wish 4/4 Music
36 minutes
Review by Kathy Parsons
Alone In a Crowd is the third album from pianist/composer Evan Wish, following his 2004 debut, Lullaby of Love and his 2010 Forget-Me-Not, Blue. The long time between albums is due mainly to a bad fall in 2015 that left Wish with broken bones in his pedal foot and right wrist - ouch!!! I 'm happy to say, though, that his new music was worth the wait! Alone In a Crowd is ten original piano solos that appear on the album in the same order that they were created. The music reflects a variety of styles, moods and experiences, but is mostly very positive and upbeat. Quoting Wish: "My goal is to consistently and radiantly exemplify my very best in my compositions and performances. By allowing the music to come to me through inspiration, there is a truth in the music. This reflects not only my feelings, but those of people everywhere."

Born in Canada, Wish was classically-trained from the age of seven and gave his first solo recital at age 9. Many awards and honors followed, and his training later included jazz as well as classical forms. Wish also wrote a music program for pre-schoolers, was musical director/pianist with a traveling theater troupe, and provided his original music as accompaniment for free-style ballet classes. After moving to Southern CA, Wish expanded his music career by writing music for television and film as well as performing at various clubs and events.

Alone In a Crowd begins with "The Hill." The title is a metaphor for the conscious effort needed to create the first piece for a new album. Hopeful and purposeful, "I climbed it by completing the first composition. It doesn't have to be a mountain every time." The title track could suggest a painful kind of loneliness, but this piece is quite lively and upbeat with just a tinge of bittersweetness. With everything constantly changing, "Fleeting Beauty" is about taking the time to really look, see and hear what is around us every day. Unexpected beats appear here and there, adding quick little surprises you need to listen for. "(For) Just a Penny" has a bright Latin rhythm and was the piece Wish was working on when he had the accident. The title refers to the fact that it takes about 400 streams on most music sites to earn a penny. There is plenty of energy and optimism in the music, giving it a joyous feeling. "Falling Into You" is one of my favorites. Poignant and melancholy, it proves that there is a direct link from the heart to the fingers on the piano keys. "Carousel" effectively suggests the feeling of moving in a circle as well as up and down - "Around we go... on the carousel of our life." Mysterious and steady to the end, the odd meters keep it just a little bit off-kilter - kind of like life! "Sometime Around Midnight" could easily work as a "film noir" theme - dark, slow and jazzy. Wish refers to this piece as his "James Bond" theme, and I really like it! The last piece on the album, "I Like Us," was composed a year after the others. Overflowing with warmth and contentment, Evan Wish calls it "A perfect ending I feel for allowing myself to just sit and write at my piano." We'll hope there isn't so much time between albums next time - for all of our sakes!

Alone In a Crowd is available from Amazon, Apple Music/iTunes and streaming sites such as Spotify. Check it out!
August 23, 2021
This review has been tagged as:
Latest Reviews
Evan's Website Evan's Artist Page on MainlyPiano
Album Links
Amazon (CD)Apple/iTunesSpotifyAmazon (MP3)
This site contains affiliate links to products. We may receive a commission for purchases made through these links.
More reviews of Evan Wish albums 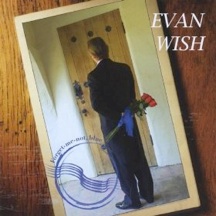 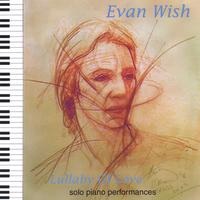