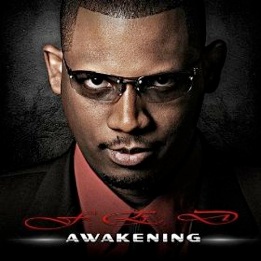 F.E.D's Website F.E.D's Artist Page on MainlyPiano
Album Links
Amazon (referral)iTunes
This site contains affiliate links to products. We may receive a commission for purchases made through these links.
Awakening
F.E.D
2011 / Leinad Music
72 minutes
Review by Kathy Parsons
Awakening is the debut of composer/pianist F.E.D, an emerging artist who could very easily be on his way to super-stardom. Born and raised in Port-au-Prince Haiti, Frantz Eddy Daniel, Jr. started his piano studies at the age of six. At 15, he added cello to his repertoire and performed in some of the most prestigious music institutions in Haiti. In 1997, F.E.D and two violinist friends formed the New Age Trio who performed extensively at Haitian venues. Three years later, F.E.D started his solo career. Soon after, he left Haiti for the US where he earned a degree in Architecture from the City College of New York’s School of Architecture. While earning his degree, he continued composing, performed in local events, and entered musical performance and composition contests, winning several. Inspired by life experiences, an intense interest in the music of different cultures and civilizations, and the expression of human emotions, F.E.D’s music is passionate, vibrant, and very alive. Blending contemporary electronic music, classical music, Haitian folk and konpa music, and other world influences, F.E.D has created a sound that is uniquely his own. His big, cinematic style will undoubtedly generate comparisons to Yanni, but F.E.D’s music is different. In addition to the electronic instrumentation, two violinists and a vocalist appear, and F.E.D plays both electronic and acoustic keyboards. Often very rhythmic and upbeat, his music is just as effective and compelling when he expresses his gentler, tender side. I’m beyond impressed, if you couldn’t tell already!

Awakening begins with the title track, a powerful and exciting piece that will turn heads from the first notes and gets even better from there. Strong rhythms, silky strings, and heart-tugging keyboards grab your attention and hold on tight to the very last note. “Memories” brings an immediate contrast with a smooth, graceful ballad and a sweeping cinematic sound. The more world-beat “Ascension” introduces violinist Maureen Manoly in front of driving drums and other percussion that make this a dance of joy. “The Other Side” is something of a buoyant conversation between keyboard and piano. Atmospheric sounds and reverb create a slightly otherworldly setting for the danceable beat. “Pays Lointain” is one of my favorites. It reminds me just a little of Yanni’s “Felitsa” - mostly the way the rhythm flows and the emotions that are conveyed. The energy on this one is more subtle, but it propels the beautiful melody and imbues it with bittersweet feelings. Love it! “The Quest” is a heroic tale of struggle and adventure, and is strong enough for an epic film soundtrack. “Missing You” is a gorgeous love song that spills over with deep emotion. The title of “Solace” suggests soothing comfort, and the piece begins in that mode, but after about a minute, it becomes riveting and more exotic with a driving beat and soulful melody - another favorite. “Moments In Time” brings this superlative album to a close with a beautifully orchestrated ballad that plays like the emotionally powerful music behind the closing credits of a great movie. Let’s give this one a standing ovation!

F.E.D is a very bright star on the musical horizon, and I would expect Awakening to be one of the top albums of 2012. Check it out, folks! This is the real deal! It is available from www.fed-music.com, Amazon, iTunes, and CD Baby. I give Awakening my highest recommendation.
March 11, 2012
This review has been tagged as:
Debut AlbumsKathy's Favorites: 2012
F.E.D's Website F.E.D's Artist Page on MainlyPiano
Album Links
Amazon (referral)iTunes
This site contains affiliate links to products. We may receive a commission for purchases made through these links.