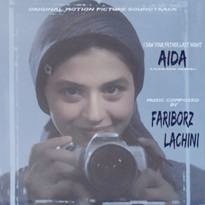 Fariborz's Website Fariborz's Artist Page on MainlyPiano
Album Links
iTunesAmazon (referral)
This site contains affiliate links to products. We may receive a commission for purchases made through these links.
Aida
Fariborz Lachini
2008 / Lachini Media
21 minutes
Review by Kathy Parsons
Aida is the original soundtrack for the 2005 Iranian film I Saw Your Father Last Night, Aida. The music was composed by Fariborz Lachini, an artist known for his evocative solo piano albums as well as his more orchestrated film work. The film is about a 17-year-old girl who accidentally discovers that her father is romantically involved with another woman, so the soundtrack is full of tender emotion and solemn soul-searching. Seven of the eleven tracks are less than a minute long, and are gorgeous incidental music for the soundtrack.

The opening theme is a shimmering piece for flute, piano, and strings. Darkly beautiful and aching with emotion, it sets the tone for the plot of the film as well as the soundtrack. “On the Wind” is a touching and elegant piano solo that also appeared on last year’s “Golden Autumn 3.” The deceptively simple melody carries a tremendous emotional impact. “On the Phone” is a dark and ominous vignette for piano, cello, and flute. “Mother Might Know” contains some of the melodic elements of “On the Wind,” but this time for flute, cello, and piano rather than solo piano; this version is much darker and sadder. “Moonlight Memories” is one of my favorite tracks from Lachini’s recent solo piano release, “Golden Autumn 4.” Dreamy yet very melancholy, the piece is wistfully nostalgic. “Under The Rain” is a more orchestrated version of “Moonlight Memories,” with flute, strings, and piano - absolutely gorgeous! “Childhood Video” is innocently nostalgic. The closing “Facing Her” contains touches of fear and dread, but is still amazingly beautiful.

Aida is essential for fans of Lachini’s film work as well as his solo CDs and is a lovely sampler of his compositional styles for novices. This very effective soundtrack is available from lachini.com.
November 2, 2008
Fariborz's Website Fariborz's Artist Page on MainlyPiano
Album Links
iTunesAmazon (referral)
This site contains affiliate links to products. We may receive a commission for purchases made through these links.
More reviews of Fariborz Lachini albums 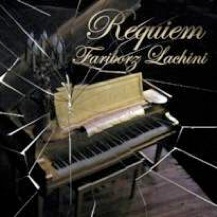 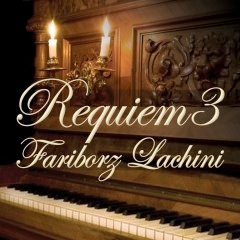 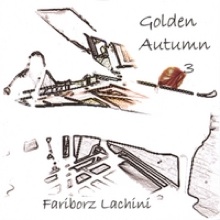