Force For Good and Jonathan Sprout 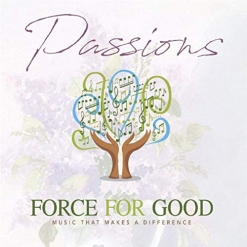 Force For Good's Website Force For Good's Artist Page on MainlyPiano Jonathan's Website Jonathan's Artist Page on MainlyPiano
Album Links
AmazoniTunesYouTube (Ice film)
This site contains affiliate links to products. We may receive a commission for purchases made through these links.
Passions
Force For Good and Jonathan Sprout
2020 / Sprout Recordings
54 minutes
Review by Kathy Parsons
Force For Good is a new group that creates music and films that aim “to uplift, unify, inspire, energize, and engage people in responsible civic duties.” With the intention to inspire a more harmonious and peaceful world in which kindness, optimism and action prevail, the group’s first album is called Passions. The music from the album is also an important part of the short films that will be released each month in 2020 and address issues that include sensible gun control, immigration reform, homelessness, renewable energy, and racial and gender equality.

Force For Good was founded by Jonathan Sprout, a lifelong musician who has recorded twelve albums, several of which are for children and several that earned awards from a variety of organizations. Sprout has performed more than 6,500 concerts and taught more than 800 songwriting workshops throughout the US. He worked with co-producer Joe Mennonna for two years, orchestrating twenty-four original pieces (there are sixteen on the album). He then spent another two years creating the films with Emmy-winning filmmaker Rodney Whittenberg, using the orchestrated music as a soundtrack. The first film, Ice, is about the melting of the polar ice caps and the effects of climate change and can be viewed on YouTube and ForceForGoodMusic.com.

The music on the album is piano-based and includes a variety of acoustic and electronic instruments that include guitars, horns, reed instruments, euphonium, mellophone, and string and synth programming. Sprout and Mennonna play most of the instruments, with Leslie Chew on guitar on a few tracks. All sixteen pieces have one-word titles, some more specific than others. It’s interesting to note that track 1 is “Force,” #8 is “For” and #16 is “Good” and all three are very short (under 30 seconds).

Passions opens with the short fanfare that it is “Force.” “Safe” starts out as a quiet, peaceful piano solo. As it evolves, flute, clarinet, strings and 12-string guitar are added, returning to the gentle grace of flute, guitar and piano near the end - a warm and beautiful piece! “Ice” is stark and chilly, and also begins as a piano solo, adding strings and other light instrumentation for tonal color - perfect behind the footage of the film. “Refuge” has a very soothing, hopeful feeling and is primarily piano and strings after a brief, anthem-like intro with horns. The last passages are much bigger, more orchestrated and celebratory. “Exceptional” is a gorgeous piano and soprano sax duet with a gentle flow and peaceful ambiance. “Organic” seems like an odd song title, but I’m sure that it’s in keeping with the film it accompanies. The piece itself has a very cinematic sweep with piano, harp, horns, and other light orchestration. “Solar” is based on a simple piano melody with a rolling left hand pattern. It moves freely at a relaxed tempo with minimal orchestration and wordless vocals by Hillary Black - a favorite! “Mountains” is another favorite and elicits visions of majestic, snow-covered mountains even without the visuals. Very tranquil and relaxed with mostly piano and acoustic guitar, strings are added in the second half. The opening piano solo on “Hope” is very simple, poignant and heartfelt. It takes on a more Celtic feel as bodhran, penny whistle, accordion and mandocello are added.

I’m very excited about Force For Good and look forward to seeing all 12 short films as they are released. In the meantime, Passions is excellent from start to finish! It is available from Amazon, iTunes, CD Baby and many streaming sites.
January 27, 2020
This review has been tagged as:
Kathy's Picks
Force For Good's Website Force For Good's Artist Page on MainlyPiano Jonathan's Website Jonathan's Artist Page on MainlyPiano
Album Links
AmazoniTunesYouTube (Ice film)
This site contains affiliate links to products. We may receive a commission for purchases made through these links.
More reviews of Force For Good albums 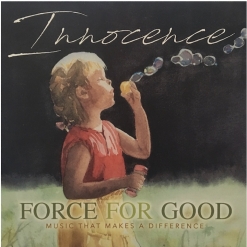