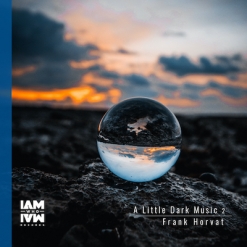 Frank's Website Frank's Artist Page on MainlyPiano
Album Links
iTunesSpotifyYouTubeGoogle PlayAmazon (referral)
This site contains affiliate links to products. We may receive a commission for purchases made through these links.
A Little Dark Music 2
Frank Horvat
2020 / I Am Who I Am
76 minutes
Review by Kathy Parsons
A Little Dark Music 2 is the sequel to Canadian pianist/composer Frank Horvat’s 2010 release, A Little Dark Music. Horvat’s music is always an excursion into the soul of an artist who has much to say about the state of our world and its inhabitants. It isn’t always comfortable to listen to, and I doubt many will use it to induce sleep or a meditative state, but it is an important artistic statement that comes from a very deep place.

The earlier A Little Dark Music includes a one-hour piano solo called “Earth Hour” that is always performed in the dark. “Earth Hour 2” from the new album will also be performed in the dark. While “Earth Hour 2” often expresses anger and despair, it also shares feelings of hope. Introspective yet powerful, this work is a very personal reaction to the state of our environment ten years after the original “Earth Hour” was released. The album also features two shorter piano solos, “Heat Island” and “Life for Mars.” Like the first album, this one will be released in conjunction with Earth Day and because of the environmental spirit of the album, it will be released in digital format only.

Born in Ottawa, Frank Horvat is an Associate Composer at the Canadian Music Centre, a member of the Canadian League of Composers, and is the first recipient of the Kathleen McMorrow Music Award for contemporary composition. Horvat is passionate about social issues related to human rights, mental health and the environment and those subjects often appear as themes in his music. A Little Dark Music 2 is Frank Horvat’s eleventh album. His previous ten releases include solo piano and recordings with his band. His music is also included in several compilations with other composers.

As one would expect, “Earth Hour 2” moves in a number of different directions over the course of its 60-minute playing time. The first few minutes are almost ambient - mysterious and atmospheric - with some interesting discordances that give it an edgy feeling that all is not right. As the intensity gradually builds, so does the dark, sometimes despairing tone of the music, although even at its darkest, flickers of light and hope filter through. The ebb and flow of the piece gives it breathing room, and the listener has time to reflect on the messages being expressed. Sometimes very spare and minimalist and sometimes very big and bold, it’s an important piece of musical art that needs to be heard with receptive ears and hearts.

“Heat Island” is a ten-minute piece that also has an environmental theme. It gets off to a “rumbly and murky start” that emulates the “oozing heat-from-pavement effect” we experience in our big city “concrete jungles.” The music calms in the second half of the piece, representing “our ability to return the planet to a more natural state” where we can all breathe again.

“Life for Mars” was named for a person, not the planet, and is the most peaceful and melodic piece of the three. The message of this lovely piano solo is the positive impact of connecting to ourselves and our surroundings.

A Little Dark Music 2 is available from www.FrankHorvat.com, Amazon, Apple Music/iTunes and many streaming sites.
March 27, 2020
This review has been tagged as:
Kathy's Picks
Frank's Website Frank's Artist Page on MainlyPiano
Album Links
iTunesSpotifyYouTubeGoogle PlayAmazon (referral)
This site contains affiliate links to products. We may receive a commission for purchases made through these links.
More reviews of Frank Horvat albums 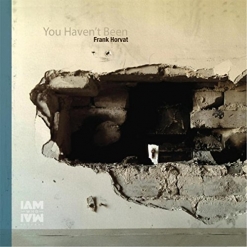 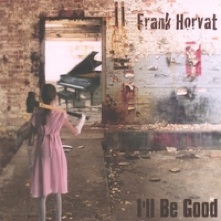