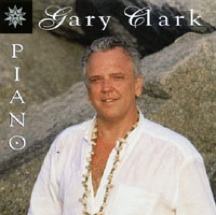 Gary's Website Gary's Artist Page on MainlyPiano
Album Links
Amazon (referral)iTunes
This site contains affiliate links to products. We may receive a commission for purchases made through these links.
Piano
Gary Clark
2001 / Gary Clark Productions
Review by Kathy Parsons
Gary Clark has assembled another varied collection of solo piano arrangements of show and movie tunes, pop songs, and jazz standards and has given them his showy, heartfelt arrangements with lots of glissandos, runs up and down the keyboard, and arpeggios. Nothing ever overshadows the melodies, which are strong and expressive, and several of the songs even carry a feeling of whimsy. It’s always fun to be able to hear in a recording that the pianist is having a great time. I have seen Gary Clark referred to as “The Modern Liberace”, and I suppose there is some truth in that with the choice of material and his “big” playing style. I haven’t seen Clark in concert as yet, but I would imagine that the experience would be mostly lighthearted and exceptionally enjoyable.

I love Clark’s interpretation of “If I Only Had a Brain” from “The Wizard of Oz”. You can actually hear the piano smile throughout the song! The addition of “We’re Off to See the Wizard” at the end makes me chuckle every time. I was not familiar with “Vienna”, but this is my favorite of the ballads. The playing style is just a bit more subdued, letting the power of the song convey the message even more than the power of the playing. Clark does wonderfully poignant versions of “Time To Say Goodbye” (another favorite), “Someone Like You”, and “Wishing You Were Somehow Here Again” (mixed with a couple of other songs from “Phantom”), as well as a beautifully flowing arrangement of “The Rose”, and a touching “Why Do People Fall In Love?” The emotions from all of these pieces come through honestly and without hitting listeners over the head. He also does a great job with jazz standards “Perfidia” and “Lullaby of Birdland”.

This is a really enjoyable album, and I’ve had a lot of fun reviewing it. Gary Clark’s previous albums have been really good, but Piano shows a lot of artistic development and maturity. Highly recommended for you “easy listening” buffs and those who enjoy flashy pianistics. This CD is currently available from most of the online music dealers.
January 1, 2001
Gary's Website Gary's Artist Page on MainlyPiano
Album Links
Amazon (referral)iTunes
This site contains affiliate links to products. We may receive a commission for purchases made through these links.
More reviews of Gary Clark albums 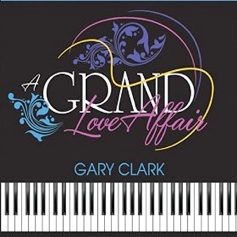 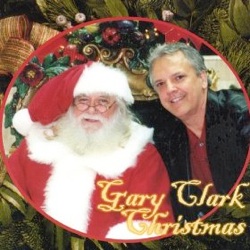 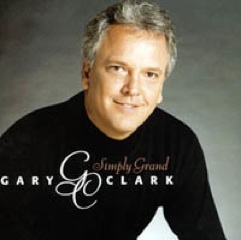