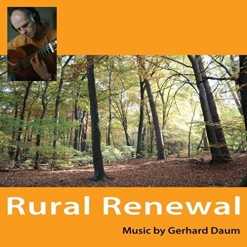 Gerhard's Website Gerhard's Artist Page on MainlyPiano
Album Links
Amazon (referral)iTunes
This site contains affiliate links to products. We may receive a commission for purchases made through these links.
Rural Renewal
Gerhard Daum
2017 / ToneWork Records
34 minutes
Review by Kathy Parsons
I thought I had my “Favorite Albums of 2017” list all figured out, and then along came an unassumingly-titled album called Rural Renewal from an artist I hadn’t heard of (Gerhard Daum), and WHAM! - a change or two to the list needs to be made! What a fantastic album this is! Gerhard Daum is a German composer and guitarist/multi-instrumentalist with an impressive background in soundtrack music for films and television as well as in composing music as a solo artist and releasing it on his own label. Daum is an award winning film music composer who lived and worked for more than a decade in Hollywood. He currently lives in Berlin, Germany with his family. If this album falls into the right hands, I think we’ll be hearing a LOT more from Gerhard Daum! The compositions, the production, and the performance are all just about perfect and need to be heard!

The introductory materials I have read describe Rural Renewal as “a new vision of music that speaks of escaping the hustle and bustle of city life, of plugging back into nature, and retreating to the sanctuary of forests, glens, prairies and mountains.” Ho hum - how new age! WRONG! This music absolutely sparkles and, although Daum says this music was influenced by American and European folk and classical music, many of the twelve tracks seem to personify Americana. The last time I was this excited about a predominantly guitar album was a couple of years ago when I reviewed Eric Tingstad’s Mississippi. Each track on the album tells a different story and Daum chose a variety of guitars for their individual sounds. He also performs on piano and orchestrated the music for a peaceful yet full and rich sound. Guest violinists perform on three tracks.

Rural Renewal begins with “Best Friends,” a warm and inviting opener that immediately grabs your attention. Like that time of year, “Indian Summer” has a lazy pace, but is utterly gorgeous! The title track begins as a violin solo and evolves into a darker, somewhat more mysterious piece for violin, guitar, and percussion. “Gentle Rain” is sublimely peaceful with acoustic guitar, strings, light percussion, and piano - no actual rain sounds needed, as Daum captured the feeling instrumentally. “Heartland” nails the spirit of Americana and paints a vivid picture of open spaces, heat, dust and the people who work the land. “Safe Haven” expresses a buoyant joy and excitement. “Smooth Sailing” is a bit more melancholy and poignant and is one of my many favorites on this album! “Time and River” gently flows at a magical pace that is both sparkling and blissful. “Serene” is almost like floating on a fluffy white cloud, completely free and at peace.

What a fantastic album Rural Renewal is and what a joy to discover the music of Gerhard Daum! Be sure to check this one out! It is available from Amazon, iTunes and CD Baby. I give it my highest recommendation!

December 28, 2017
This review has been tagged as:
Guitar musicKathy's Favorites: 2017Kathy's Picks
Gerhard's Website Gerhard's Artist Page on MainlyPiano
Album Links
Amazon (referral)iTunes
This site contains affiliate links to products. We may receive a commission for purchases made through these links.
More reviews of Gerhard Daum albums 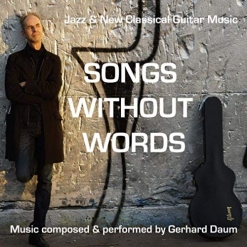 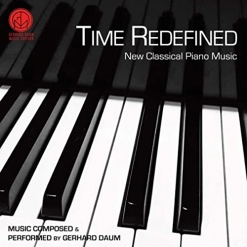 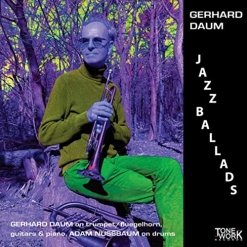