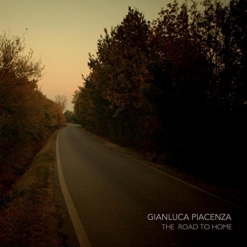 Gianluca's Website Gianluca's Artist Page on MainlyPiano
Album Links
Amazon (referral)iTunes
This site contains affiliate links to products. We may receive a commission for purchases made through these links.
The Road To Home
Gianluca Piacenza
2018 / Gianluca Piacenza
65 minutes
Review by Kathy Parsons
The Road To Home is the first full-length solo piano album from Italian pianist/composer/sound designer Gianluca Piacenza. A classically-trained pianist from a very young age, Piacenza has been the winner and finalist in national and international competitions and appears in concerts as both a soloist and a chamber musician. Influenced by the traditions of classical music as well as the electronic/ambient genre, Piacenza began working on his first album, Dream, in 2014. On that album, he experimented with the interaction of acoustic piano and live electronics. Piacenza describes his sonic world as “a blend of acoustic textures, recorded and processed live in many different ways, and electronic soundscapes, created manipulating natural sounds and programming synthesizers and samplers.” He has released several singles in addition to his two albums.

I have reviewed a number of albums recently where the piano strings have been muted in one way or another, allowing for all of the sounds of the piano’s internal workings to be heard in addition to the “usual” sound of the hammers and strings. I have also reviewed several albums that were recorded on old pianos that had fallen into disrepair, capturing the unique sounds of those instruments. These recordings can be hauntingly beautiful, but I didn’t really think about this being a possible reaction to the more “sterile” sound of digital pianos until I read Piacenza’s description of this album. He goes on to say: “it’s only me at night and my beloved Petrof upright (modified with a special ‘double felt’ to soften it even more).” Each of the eleven pieces was recorded as an improvisation and then reconstructed and restructured. Piacenza suggests that the album be listened to as a whole “since there is a sort of circularity and unity thanks to recurring musical patterns and intervals, and also a dramatic development that culminates into the last track ‘Moonlight Walk,’ written to celebrate Piano Day.” I agree - this is not an album for casual listening or background music, and to fully appreciate the beauty and subtlety of the music, you need to really listen to it.

The Road To Home begins with “Dark Light,” a delicate yet mysterious piece that serves as a beautiful introduction to Piacenza’s approach to this album. At a bit more than nine minutes, it very effectively sets a quiet, peaceful tone that is anything but “sterile.” In contrast, “Momentum” is a mere 59 seconds, but is just as evocative in its brevity. “Angels” is the only track with any additional instrumentation. Piacenza added a subtle but very expressive string quartet that brings an atmospheric and ethereal quality to the music. My favorite track on the album is “Shades of My Life,” a wonderful exploration that extends out to 12 1/2 minutes. Even with the strings muted, the intensity and passion of this piece are beautifully expressed. Love it! “Conversation With Myself” is especially quiet and introspective, expressing gentle contentment and thoughtfulness. In “Far Away,” Piacenza makes very effective use of the damper pedal to create depth and a dreamy atmosphere. “Unsaid Truth” goes much darker and even more intimate as Piacenza opens his heart at the piano.

The Road To Home is definitely not a mainstream solo piano album, but if you are interested in a more experimental approach to this instrument and the creation of music for it, you really should check this one out! It’s very beautiful, but very subtle. The album is available from Amazon, iTunes and CD Baby.
April 5, 2018
This review has been tagged as:
Kathy's Favorites: 2018Kathy's PicksModern Classical
Gianluca's Website Gianluca's Artist Page on MainlyPiano
Album Links
Amazon (referral)iTunes
This site contains affiliate links to products. We may receive a commission for purchases made through these links.