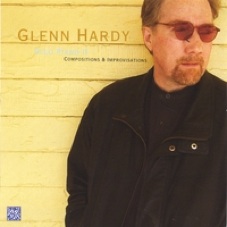 Glenn's Website Glenn's Artist Page on MainlyPiano
Album Links
Amazon (referral)iTunes
This site contains affiliate links to products. We may receive a commission for purchases made through these links.
Solo Piano II: Compositions & Improvisations
Glenn Hardy
2005 / Hardymuse Productions
66 minutes
Review by Kathy Parsons
Solo Piano II is (obviously!) the follow-up to Glenn Hardy’s 1995 release, Solo Piano. Like the earlier release, this one contains a combination of composed pieces and studio improvisations, although it is quite difficult to tell them apart. In the liner notes, Hardy explains his approach: “With the exception of ‘Toccata 2’ and ‘G Suite,’ these compositions are not written out, but rather, are simply improvisations which were moved to a slightly higher level of organization, through some preparation and practice immediately prior to their being recorded. With this album, I continue to explore the implications of structured improvisation, in which little or nothing is planned in advance. The structure appears (ideally) as the improvisation unfolds.” A lot of recorded improvisations don’t hold up to repeated listenings and seem musically unorganized, but Hardy is so good at it that the pieces are seamless. This is one of those albums that I liked immediately, but like even more each time I listen to it. Also like the previous release, Hardy successfully blends his background in classical music and jazz, creating a strong and distinctive musical voice. Stylistically, this CD is all over the map. Quite a few of the tracks are quiet and reflective, while others are very upbeat and even bluesy, sometimes reminding me of Philip Aaberg.

Appropriately enough, “Prelude” opens the CD with a lovely, free-form piece that hints of the variety of playing styles contained in the CD, and also clearly demonstrates that Hardy is no ordinary pianist. This is an artist completely at home with and in control of his instrument. “Schumannesque” is obviously an homage to Robert Schumann. A bit brooding, flowing, and very beautiful, it manages to be both melodic and abstract - a very interesting piece! “Toccata 3” is swiftly-flowing, and dances and swirls, exploring various themes along the way. “Daydream” wanders leisurely and effortlessly creating a feeling of warm contentment. “G Suite” covers three tracks in five movements. The first movement is a lovely ballad that is very melodic and happy. The third and fourth movements are favorites - very lively and bluesy. Hardy has an upcoming CD of blues and boogie, and I can’t wait for a whole CD of this! The fifth movement is again melodic and peaceful. “Lamentation” turns darker and more abstract - very moody and effective. “My Bluez” is the longest track at 9 1/2 minutes. It begins slowly, in deep reflection. As the piece progresses, some of the themes are somewhat bigger, but this is mostly a quiet, moody, exploration rather than full-tilt blues. That comes next with “Minimal Motor Boogie,” probably my favorite track. I love this stuff! “Buckeye Jim” is an improvised interpretation of an old folk song. Without a lot of embellishment, Hardy demonstrates the simple beauty of the traditional melody.

Solo Piano II is a great album for those who like their piano music a bit more complex and “meaty.” It is available from hardymuse.com and cdbaby.com. Recommended!
March 3, 2006
Glenn's Website Glenn's Artist Page on MainlyPiano
Album Links
Amazon (referral)iTunes
This site contains affiliate links to products. We may receive a commission for purchases made through these links.
More reviews of Glenn Hardy albums 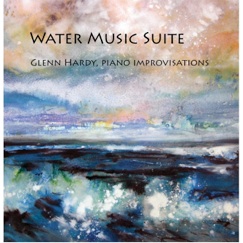 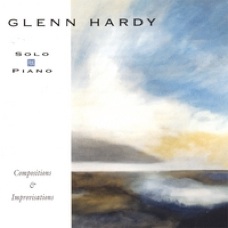