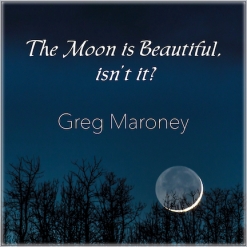 Greg's Website Greg's Artist Page on MainlyPiano
Album Links
Amazon (referral)Apple/iTunesSpotify
This site contains affiliate links to products. We may receive a commission for purchases made through these links.
The Moon is Beautiful, isn't it?
Greg Maroney
2021 / Greg Maroney Music
34 minutes
Review by Kathy Parsons
I've been reviewing pianist/composer Greg Maroney's music for close to twenty years and have been proof-reading his sheet music for almost that long, but if someone had asked me to identify the composer and/or the artist of at least four of the eight tracks from The Moon is Beautiful, isn't it? I guarantee that I would have failed. What an amazing surprise this EP is! Greg sent me a demo asking if I thought the music was worth reviewing, and I had to say that not only did I think it was worth reviewing, I thought it was some of his best and most expressive music yet. Four of the eight pieces on the album are solo piano, and the other four are piano-based orchestrations with other instruments taking the melody line. Greg has wanted to branch out and work with cello, flute, bass and choirs, and that's what he did with this recording - with stellar results!

The Moon is Beautiful, isn't it? begins with "Seven Moons," for piano, cello and choir. I have always loved the emotional impact of cello and piano together, and the addition of choral voices adds a whole new dimension. The drama and poignance of this beauty would be great in a compelling movie soundtrack. The title track is solo piano and was inspired by the arrival of a crescent new moon in the evening sky. Peaceful while expressing feelings of grace and optimism, this piece is a sweet lullaby for "kids" at any age. "Enigma" is quite different from anything I've heard Greg compose. Darkly mysterious and deeply emotional, much of the piece is a trio for piano and two cellos with one cello bowed and one pizzicato (plucked strings). The bowed strings are evocative and express sadness and longing - gorgeous and deeply-felt! "Luminescence" is based on a drone note with the choral voices weaving the melody around the root tone. Haunting and mysterious, it's another amazing piece that shows Greg going in a new direction with his music. "Visions of Night" is a dreamy piano solo with gently-flowing broken chords supporting a simple, uncomplicated melody. "Eclipse" is also solo piano and is my favorite piece on the album. Rolling broken chords on the left hand are a beautiful contrast to the sparkling melody notes on the right. Introspective and melancholy, I really hope sheet music is coming for this one! The tranquil and optimistic "Moon Beams" is for piano, flute and cello. The album closes with a piano solo called "Silvery Light." I'm pretty sure I would have recognized this one as being Greg's and love the spontaneous feeling of the piece as well as the honesty of the deep emotions expressed in the music.

What a great album The Moon is Beautiful, isn't it? is! It is available for download and streaming as singles as well as the EP on sites like gregmaroney.com, Amazon, Apple Music/iTunes and Spotify. This album is a must-have!
May 17, 2021
Greg's Website Greg's Artist Page on MainlyPiano
Album Links
Amazon (referral)Apple/iTunesSpotify
This site contains affiliate links to products. We may receive a commission for purchases made through these links.
More reviews of Greg Maroney albums 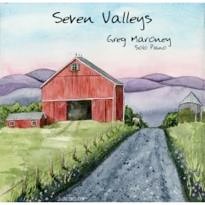 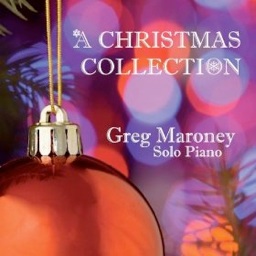 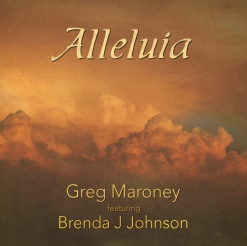