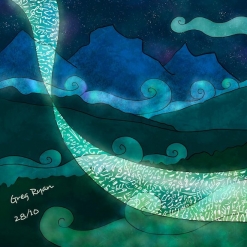 Greg's Website Greg's Artist Page on MainlyPiano
Album Links
Amazon (referral)Apple/iTunesSpotify
This site contains affiliate links to products. We may receive a commission for purchases made through these links.
28/10
Greg Ryan
2022 / Greg Ryan
30 minutes
Review by Kathy Parsons
The story of how Greg Ryan's new album, 28/10, was created is almost as interesting as the album itself. A Welsh composer, pianist, harpist, vocalist and more, Greg released his first album, Scribblings, in 2010 at the age of 19. I very enthusiastically reviewed that album and his 2016 release, Crossways, so I was delighted to hear that Greg has a new album. Mostly self-taught, Greg has done a lot of music for films and television and has released a few singles in addition to his albums. 28/10 was named for the date when it was created in 2022. Greg explains how this came about:

"This entire album was recorded in the space of 90 minutes on a TikTok live streamed concert. Viewers watching the concert could type words or phrases into the chat and I would perform improvisations based on these suggestions. As I performed these songs, they were also being recorded simultaneously into my recording software.

"The naming process was also collaborative on a second live stream where I shared a recording of each song along with its associated text prompt. I then invited viewers to give additional thoughts on the song and any images that come to their mind. I then wrote down all of these comments and named each track based on common themes given for each song."

The album begins with "Afterlight," a haunting, bittersweet piece played at a slow tempo with a slightly hushed tone - a beautiful start! "Beginnings" is much livelier with a simple melody and an energetic, fluttering accompaniment. For me, the left hand evokes images of large flocks of birds flying overhead. "Journey" begins slowly with feelings of openness and mystery, gradually picking up speed and complexity. As happens with many journeys, the scenery keeps changing and this is reflected in the variety of themes interwoven within the piece. "Falling" has gently rolling broken-chords on the left hand supporting heartfelt feelings of longing on the right. "Gather" is a favorite with its quickly-flowing left hand and poignant melody line. I really like "Spiralling," too, and it might be the best illustration of just how accomplished Greg is as a pianist. Cascades of flowing notes give the piece a sense of urgency as well as a compelling energy. "Pirouette" goes in the opposite direction and is peaceful, calming and full of grace. Very slow and open for most of the piece, it picks up speed and intensity near the end without breaking the tranquil vibe of the music. Love it! The album closes with "Latibule," a word I had never seen before. I looked it up, and, essentially, it refers to a safe hiding place. The emotional melody feels almost conversational, saying more with music than words could ever convey.

28/10 is a fascinating project from the first note to the last! If you are not yet familiar with Greg Ryan's music, be sure to check out his other releases as well. 28/10 is available from Amazon, Apple Music/iTunes and streaming sites such as Spotify. Great stuff!
December 22, 2022
This review has been tagged as:
Latest Reviews
Greg's Website Greg's Artist Page on MainlyPiano
Album Links
Amazon (referral)Apple/iTunesSpotify
This site contains affiliate links to products. We may receive a commission for purchases made through these links.
More reviews of Greg Ryan albums 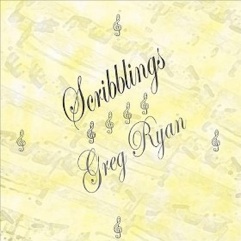 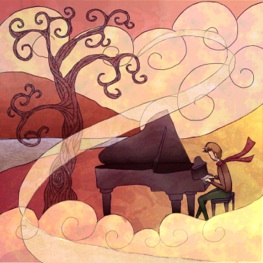