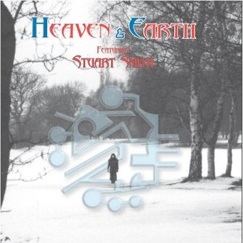 Heaven and Earth's Website Heaven and Earth's Artist Page on MainlyPiano
Album Links
Amazon (referral)iTunes
This site contains affiliate links to products. We may receive a commission for purchases made through these links.
Heaven and Earth (Reissue)
Heaven and Earth
2004 / Black Star Record
72 minutes
Review by Michael Debbage
Are you tired of the European and Japanese labels securing the bonus tracks while we as a consumer have to shell out the hefty import prices? So, it was such a delightful change to see the domestic label Black Star Records back in 2004 reissue Heaven & Earth’s debut with a total of 5 bonus tracks over the original Samsung 1998 edition. However, this is not just about the issue of bonus tracks but about a very classy album that took six years to enjoy its first domestic edition. Though the album is now fifteen years old it continues to be one of the better classic rock blues based albums.

The year 2004 saw a flurry of activity from Stuart Smith and company. It was the year that Stuart found the time to establish his new domestic label Black Star Record. His band Heaven & Earth also found time to get back in the studio and begin the process of starting their new album Screaming For Redemption. Featuring Paul Shortino on vocals, unfortunately it only translated to a difficult to find EP A Taste Of Heaven. Nevertheless, the short lived Black Star Records managed to elegantly reissue Heaven & Earth’s impressive self titled debut that was initially released on Samsung Music in Korea back in 1998 with eleven tracks. The Italian label Frontier Records got in on the action and added some bonus tracks. Now with its third makeover, Black Star Records have added two bonus tracks. They include the blues riddled “Life On The Line” that features Toto’s vocalist Bobby Kimball though it was co-written by Joe Lynn Turner. The blues factor is further intensified by covering Gary Moore’s “Still Got The Blues”, which embraces Joe Lynn Turner at the microphone. Initially, this version sounds like a carbon copy but clocking in close to seven minutes Smith gives his guitar and a thorough workout. The fretwork is astronomical. The bonus tracks only intensify the blues factor and adds color to the album.

As for the original Samsung edition and review of Heaven and Earth, this phenomenal debut disc shows how having friends in high places gets you a long way in opening up doors in the music business. A student of guitar legend Ritchie Blackmore, Stuart Smith not only pays homage to his teacher, but also brings in an all-star band to put us through a wonderful trip of melodic rock and a touch of the blues. The release features vocalists Joe Lynn Turner (Rainbow and Deep Purple) and Kelly Hansen (Hurricane and Unruly Child) who carry the bulk of the vocal duties. But there is also an impressive appearance by the great Glenn Hughes as well as Richie Sambora, who is also featured on guitar. In addition, Chuck Wright (Quiet Riot and House Of Lords) along with Steve Priest (Sweet) appear on bass. With too many other names to mention, it would be inappropriate not to at least recognize Ray Rodriguez who does a fantastic job on the keyboards, especially when he is doing his Jon Lord impersonation.

Clearly this disc intends to rock from the beginning, and Hansen provides some powerful yet graceful vocals in the vein of Giant’s Dan Huff on the opening track “Don't Keep Me Waiting”. It opens with some atmospheric organ and drums and then crashes into some riveting guitar work. Hansen's vocals take it one step higher. We move into the title track, whose introduction fools you into thinking this is going to be Turner providing excelling vocals on another ballad. Instead you are shoved into a mid-tempo rocker with a chorus that immediately implants into your memory banks. It would have hit the Top-40 had this CD been released in the eighties.

Smith is not happy leaving us in the melodic rock format, so we open track three with a bluegrass guitar passage and Glenn Hughes singing the blues courtesy of “See That My Grave Is Kept Clean”. The guitar bridge leads you into a brief but great guitar solo as Smith shows us his chops. No Blackmore imitating here as this is all his own. The ultimate form of flattery is imitation, and Smith keeps us feeling the blues with a wonderful Deep Purple cover “When A Blind Man Cries”. Sambora is up front on vocals and guitar, and the former is very impressive. In fact, the midsection of this disc not only borrows from Purple but also strains of Rainbow courtesy of “Trouble In Paradise”. Meanwhile “Shadow Of The Tyburn Tree has a renaissance feel similar to that of Blackmore's Night.

We then feel the strong influence of Turner on “It's Got To Be Love”, which would have fit right onto his disc. Unfortunately producer Pat Regan, whose credentials keep growing and growing, makes his one mistake and uses keyboards that sound like horns. Guys, listen to the Stones and Aerosmith who made a great success in putting some funky horns into their gritty rock n roll. Otherwise Regan does a magnificent job not only as producer but also on the occasional keyboards. Just check out “Dreams Of Desire”, which is inspired and borrowed heavily from J.S. Bach as credited. Meanwhile, Smith's technical proficiency comes shining thru. This is not a Yngwie Malmsteen who feels the need for speed all the time, but a guitarist who knows the value of a held note, an eerie effect, a well-crafted overtone or harmony.

“Do You Ever Think Of Me” plays out like the title track, misleading you into thinking the song is a ballad, but once you get to the chorus the mid-tempo rocker grabs you with its chorus, which again etches itself into your brain. Nice drum fills by the great Carmine Appice only heard elsewhere on the track “See That My Grave Is Kept Clean”. The moody instrumental “Road To Melnibone” brings us to the straight rocker “Lose My Number”, which features Rodriguez doing the Jon Lord thing. This is a great song to close with.

This disc was originally released in 1998 and when including the Frontiers Record edition, Black Star Records addition represents its third release and once again with additional bonus tracks, so be careful on your choice. But whatever you choose, not picking up this disc is strongly discouraged if you are a fan of melodic rock or blues based classic rock. And with Heaven & Earth back on the scene with their brand new release Dig, now is the time to go explore and excavate for their super fine debut album.
May 25, 2013
This review has been tagged as:
Ageless Favorites
Heaven and Earth's Website Heaven and Earth's Artist Page on MainlyPiano
Album Links
Amazon (referral)iTunes
This site contains affiliate links to products. We may receive a commission for purchases made through these links.
More reviews of Heaven and Earth albums 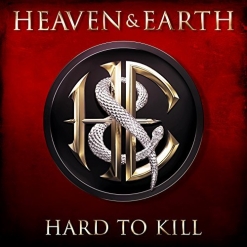 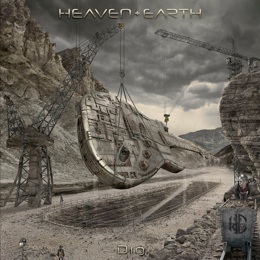