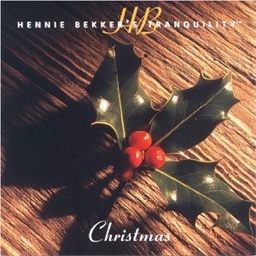 Hennie's Website Hennie's Artist Page on MainlyPiano
Album Links
Amazon (referral)iTunes
This site contains affiliate links to products. We may receive a commission for purchases made through these links.
Tranquility - Christmas
Hennie Bekker
2005 / Abbeywood Records
60 minutes
Review by Kathy Parsons
Christmas is one of eight albums in Hennie Bekker’s Tranquility series and was originally released in 1995; it was re-released in 2005 on Bekker’s own AbbeyWood Records. It contains a very nice mix of fifteen sacred and popular Christmas carols and songs arranged as instrumentals and performed on keyboards. In general, most of these arrangements are straightforward orchestrations that don’t deviate much from the way the songs are usually sung, but the sound quality is so good and the album is crafted with such warmth and love that there is a feeling of magic in all of the songs. The “Tranquility” part of the title might imply that this is very placid music, but there are feelings of sparkling excitement and joy running throughout the album. Because the treatment of the songs is not radically different from what would be expected, this album makes wonderful background music, but it is so well done that it also stands up remarkably well to full concentration. It should be noted that there are no real pauses between the songs. The gaps are filled with sounds of the season - a crackling fire, children laughing, sleigh-bells, etc. Hennie Bekker has had a long and illustrious international career working in many areas of the music industry, including film and television scoring, and is a master of musical technology working out of his own state-of-the-art studio in Toronto, Canada.

The album begins with the sounds of bells, children, and carolers, setting the stage for an old-fashioned Christmas. The first song is “My Favorite Things,” played as a lilting waltz for strings and other orchestral instruments - a wonderful way to start! Next up is Gounod’s “Ave Maria” paired with Bach’s Prelude in C. Even with electronic instrumentation, there is a warmth and tenderness in this piece. “Rudolph The Red-Nosed Reindeer” is very playful and upbeat with lots of jingle bells in the background as the melody dances for joy. “We Three Kings” has a sparkling grace with strings, voices, bells, and an assortment of other instruments - a very effective arrangement! I also really like the light-hearted “Winter Wonderland,” some of which sounds like it is being played on a toy piano. Some of the other titles include “Silver Bells,” “White Christmas,” “The First Noel,” “Silent Night,” and “I’ll Be Home For Christmas.”

Tranquility - Christmas provides the listener with an exceptionally nice hour of instrumental Christmas music and is sure to become a seasonal favorite for many years to come. It is available from www.henniebekker.com, Amazon, iTunes, and CD Baby. Recommended!
November 28, 2011
This review has been tagged as:
Holiday Albums
Hennie's Website Hennie's Artist Page on MainlyPiano
Album Links
Amazon (referral)iTunes
This site contains affiliate links to products. We may receive a commission for purchases made through these links.
More reviews of Hennie Bekker albums 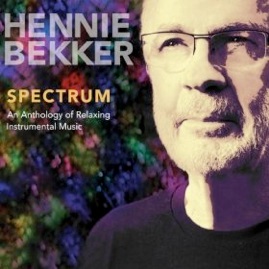 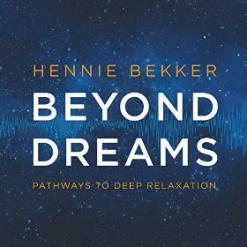