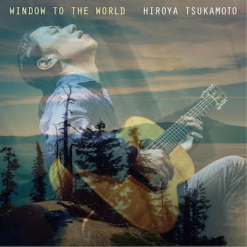 Hiroya's Website Hiroya's Artist Page on MainlyPiano
Album Links
Bandcamp
This site contains affiliate links to products. We may receive a commission for purchases made through these links.
Window to the World
Hiroya Tsukamoto
2019 / Hiroya Tsukamoto
67 minutes
Review by Kathy Parsons
Window to the World is the fourth solo album from Japanese-born guitarist and composer Hiroya Tsukamoto. I was fortunate to host a house concert that featured Hiroya in May 2019 and planned to host another one this year, but the COVID-19 pandemic forced Hiroya to cancel his tour. Born in Kyoto, Hiroya came to the US in 2000 after receiving a scholarship to Berklee College of Music. He formed the group, Interoceanico, with musicians from different continents and released three albums with them. Hiroya has performed in concerts all over the world, including several appearances at Blue Note in New York City and on Japanese National Television (NHK). In 2018, he won second place in the International Finger Style Guitar Championship.

One of the things I really enjoyed about Hiroya’s live performance was the mix of original music and music from Japan and other cultures. He played solo acoustic guitar, but by looping, was able to create more of an ensemble sound for some of the music. He looped his voice at times, too, and actually sang harmony with himself. For this album, Hiroya wanted to capture more of the feel of his live performances rather than doing a straight studio recording, so he did a live recording at Jeb Enoch’s Maine Music Mill recording studio in Brunswick, ME. The audience reaction can only be heard on the track “Storytelling,” which is a combination of Hiroya telling a couple of stories from the road and music. Hiroya also sings on several tracks - sometimes in Japanese and sometimes in English.

Window to the World begins with “Hobbomock,” a haunting song performed with a mix of solo guitar, occasional vocals, and effects using looping and the microphone - a great start! “Coastline Remembrance” is peaceful, finger style acoustic guitar at its best. “Gemini Bridge” is a great example of using a series of loops in a few passages to create the sound of multiple musicians. It’s really fun and fascinating to watch this technique being done live! “Black Canyon” is a favorite. At 9 1/2 minutes, it has plenty of time to unfold the many layers of its story. Sometimes melodic and lyrical and sometimes more ambient, it’s amazing to realize that all of it was performed with one guitar and one voice! I also really like “Northern Rain,” a slightly mysterious instrumental that describes many different kinds of rain, from a gentle shower to an intense downpour. As an Oregonian, I can relate to all of them! Hiroya again uses looping to get an incredibly complex sound in places! The closing track is a charming arrangement of “Water Is Wide,” a song that has been recorded by many different artists in the past fifteen years or so. Most of this arrangement is a gentle guitar solo and then Hiroya sings the tender lyrics to the first verse and brings the album to the end.

If you are not yet familiar with Hiroya Tsukamoto and his music, Window to the World is an excellent introduction since it gives you a taste of what his live performances are like as well as the sound quality of his studio recordings. This album is currently available only from www.HiroyaTsukamoto.com and Bandcamp.
May 30, 2020
This review has been tagged as:
Guitar musicKathy's Picks
Hiroya's Website Hiroya's Artist Page on MainlyPiano
Album Links
Bandcamp
This site contains affiliate links to products. We may receive a commission for purchases made through these links.
More reviews of Hiroya Tsukamoto albums 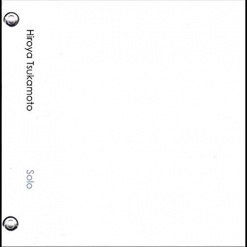