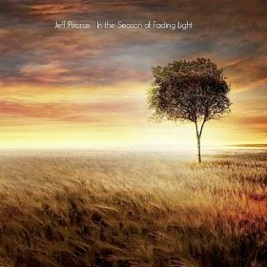 Jeff's Website Jeff's Artist Page on MainlyPiano
Album Links
Amazon (referral)iTunes
This site contains affiliate links to products. We may receive a commission for purchases made through these links.
In the Season of Fading Light
Jeff Pearce
2012 / Jeff Pearce Music
52 minutes
Review by Michael Debbage
From July 2011 to July 2012 Jeff Pearce was busy creating The Provision Series in which the artist released one mp3 single per month donating a portion of the profits to the matching charity of that particular month. Essentially peerless, Pearce usually performs on a 10 string Chapman Stick which has a range of five octaves that integrates the sounds of a bass, guitar and almost a harpsichord. During The Provision Series, Jeff Pearce actually performed on the piano and In the Season of Fading Light is the inspiring cd package of The Provision Series.

Pearce had been exploring the use of the piano for some time and while he had enjoyed his new found creative outlet, he did not quite feel confident enough to actually release his recordings. With much encouragement from former Windham Hill pianist Phillip Aaberg, Pearce decided to initially go the mp3/charity route and collaborated with engineer Corin Nelsen to create The Provision Series that lasted for over a year.

Those of you that have inhaled his almost meditative ambient work on the Chapman Stick will be happy to hear that his approach on the piano is not so different. Though it is a little easier to recognize the melodies that you are exposed to, they are still understated and right in line with the type of music we have come to expect from Pearce. Just this time its mode of transportation comes courtesy of a piano.

In the Season of Fading Light includes a total of 13 tracks that also includes “Autumn and Regret II”. This particular track was initially released on his 2002 cd Bleed. The original piece was performed on the electric guitar enhanced by digital delays and reverb. Pearce likes to call his piano exploration his “second conversation” to the original song. Needless to say there are many other conversationally pieces to be found on the album.

There are no stellar songs that stand out, but the project as one cohesive piece, despite being recorded over a period of a year it is quite an impressive recording for an artist not recognized as a pianist. Despite the initial lack of confidence to complete this project, In the Season of Fading Light should change all that as Pearce is no longer just the chap who plays the Chapman Stick but now also the performer who plays the piano. And once again it is all for a good cause with $1 from every sale proceeding directly to the charity Feeding America.
July 21, 2013
Jeff's Website Jeff's Artist Page on MainlyPiano
Album Links
Amazon (referral)iTunes
This site contains affiliate links to products. We may receive a commission for purchases made through these links.
More reviews of Jeff Pearce albums

In the Company of Clouds
2016
(contributing artist) 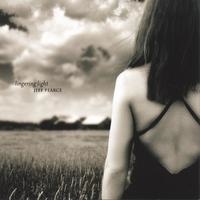 In the Season of Fading Light
2012
Review by Kathy Parsons
Kathy's Favorites: 2012