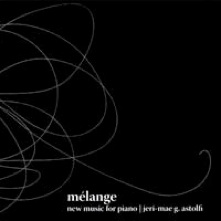 Jeri Mae's Website Jeri Mae's Artist Page on MainlyPiano
Album Links
Capstone RecordsAmazon (referral)
This site contains affiliate links to products. We may receive a commission for purchases made through these links.
Melange: New Music for Piano
Jeri-Mae G. Astolfi
2006 / Capstone Records
67 minutes
Review by Kathy Parsons
Melange: New Music for Piano is the first in the Performers Recording Series, an innovative series initiated by The Society of Composers, Inc. (a national organization for the promotion and dissemination of new art music). What makes this series different from other compilations is that it is performer-based. Each CD focuses on a specific performer, and SCI members submit works for recording consideration. Works are selected, performed, and recorded by the performer or ensemble featured on the CD, in this case, pianist Jeri-Mae G. Astolfi. To say that Astolfi is a versatile artist or that she has impeccable technique is to understate the obvious. Her playing is crystalline and clean, passionate when the music calls for it, and clinical when an absence of emotion is required. In addition to performing, Astolfi is a lecturer on piano literature, an adjudicator, a consultant and editor of new piano teaching materials, chairperson for the Arkansas State Music Teachers Association composition competitions, a coach, and private teacher. She teaches piano and music theory at Henderson State University in Arkansas. Phillip Schroeder, also on the music faculty at Henderson, acted as producer and recording engineer on the album, and his piece closes the CD.

The music included on Melange is definitely not for the casual listener. Most of the music was composed by music academics from around the world, and is challenging on several levels. Astolfi’s incredible performance will be a revelation to anyone who loves and appreciates piano music, and if you have an ear for new music of an intellectual nature, this is a must-have CD. The ten composers whose works are featured are Andrian Pertout, John Blair, Edward Knight, Pui-shan Cheung, Paul Dickinson, John C. Ross, Daniel Adams, Craig Weston, Arthur Gottschalk, and Phillip Schroeder.

I especially like John C. Ross’ “Prelude” and “Caprice,” both of which are flowing and elegant even though the hands are in two different meters in the “Prelude” and there is no meter in the “Caprice.” Sometimes melodic and sometimes totally without melody, I really like the feel and flow of these two pieces. Arthur Gottschalk’s very enjoyable “Fakebook I” is a set of three movements that pay tribute to Erroll Garner, Thelonius Monk, and George Shearing respectively, and elaborate on a tune associated with each of them: “Misty,” “’Round Midnight,” and “Lullaby of Birdland.” These are not arrangements of these pieces by any means, but an occasional theme can be heard woven into the original compositions. Phillip Schroeder’s “Wrap It Up” was composed for Astolfi as a work to end a program, an etude, and something lighthearted and fun to play. (I thoroughly enjoyed Schroeder’s “Music for Piano,” which was also performed by Astolfi.) This is a delightful ending to a complex and thought-provoking CD.

Melange is available from www.capstonerecords.org (samples can be heard there as well) and amazon.com.
December 10, 2006
This review has been tagged as:
Classical
Jeri Mae's Website Jeri Mae's Artist Page on MainlyPiano
Album Links
Capstone RecordsAmazon (referral)
This site contains affiliate links to products. We may receive a commission for purchases made through these links.
More reviews of Jeri-Mae G. Astolfi albums 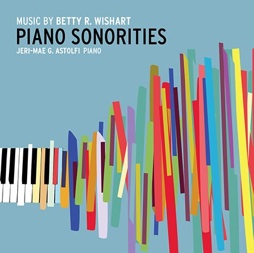 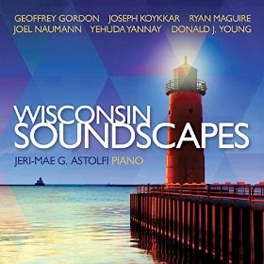 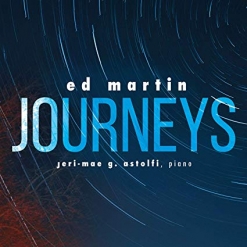