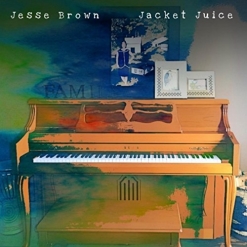 Jesse's Website Jesse's Artist Page on MainlyPiano
Album Links
Amazon (referral)iTunes
This site contains affiliate links to products. We may receive a commission for purchases made through these links.
Jacket Juice (single)
Jesse Brown
2018 / Jesse Brown
3 minutes
Review by Kathy Parsons
“Jacket Juice” is a single solo piano recording from Canadian pianist/composer Jesse Brown. Composed in a bluesy/swing/ragtime style, this piece is a total charmer that Brown will soon release as sheet music, too. I asked Jesse where the title came from and he explained it this way: “‘Jacket Juice’ was written for my youngest son who was coming home from school with a growing raspberry on his chin a few years back. After a few days, we learned that he was sucking on his Jacket flap to and from school. When I asked him to stop for the sake of his ailing chin, he almost started crying, looked up at me and said… ‘but Daddy! I like the Juice!’”

Brown has been doing most of his recent recordings on a slightly modified or prepared piano that is a bit muted and allows the inner workings of the piano to be heard in addition to the musical sounds. This gives his recordings a unique sound that works especially well with pieces that are somewhat whimsical, as this one is. So, if your day needs a little brightening or you just want some feel-good music, “Jacket Juice” is available from Amazon, iTunes and CD Baby. Great stuff!!!
June 13, 2018
This review has been tagged as:
Kathy's Favorites: 2018Kathy's PicksSingle Release
Jesse's Website Jesse's Artist Page on MainlyPiano
Album Links
Amazon (referral)iTunes
This site contains affiliate links to products. We may receive a commission for purchases made through these links.
More reviews of Jesse Brown albums 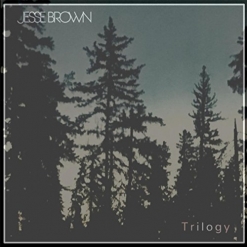 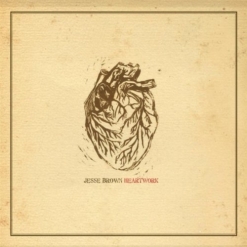