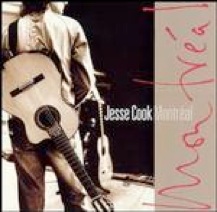 Jesse's Website Jesse's Artist Page on MainlyPiano
Album Links
iTunesAmazon (referral)
This site contains affiliate links to products. We may receive a commission for purchases made through these links.
Montreal
Jesse Cook
2005 / Narada
63 minutes
Review by Michael Debbage
Jesse Cook's last studio release Nomad, released back in 2003, was two years in the making. The results were phenomenal and the album by this reviewer was described as his most defining moment to date. Montreal is a live recording that in some ways was 10 years in the making considering that it encompasses his entire recording catalog that began back in 1995. And without a doubt, Montreal equals and probably exceeds the achievement of his prior effort making this the new standard not only for Cook but arguably anyone who wishes to document his or her achievements live.

Opening with the atmospheric "Beloved" with eastern chants, surging drums and percussion, the audience is already in a frenzy as Cook arrives on the stage. Merging right into the memorable "Rattle And Burn", the only track taken from his 1998 effort Vertigo, the listener knows that they are in for an indulging concert. Jesse wastes no time in making full use of his axe, plucking his strings at an exceptional speed. The beauty of Cook is that while he is technically brilliant he never replaces his pyrotechnic workouts at the expense of a gorgeous melody. Jump forward and checkout the bouncy but almost folksy feel of "Breeze From Saintes Maries". It is sequenced back to back with the energetic calypso pulsation of "Jumpstart", which includes the percussion repartee of Paul Antonio and Art Avalos. And judging by the response to Cook and company, the crowd is already in overdrive and in total syncopation with the performance.

Meanwhile, the moody introduction of "Luna Llena" swindles the crowd into a quiet moment. Starting off slowly the composition culminates with a guitar solo that will only have you wondering "How did he do that?" Affixed with the sultry violin work of Chris Church, this track will leave you gasping for air. Fortunately, the remainder of the album continues this trend, giving the listening very little time to take that big deep breath, as Cook and the band continue to drown you in a sea of exhilarating performances.

Speaking of temperamental moments, there is also "Closer To Madness" that clocks in well over seven minutes. Once again the Eastern themes are prominent making for one of the many ecstatic moments on Montreal. It is also a good time for Cook to introduce the band that deserves the accolades considering the obvious group effort that is present. But none are more prevalent than those found on the magical moment of "Mario Takes A Walk" which also includes the bombastic percussion and drum work of the Samba Squad. The thunderous drums are so huge it takes on attributes of a carnival atmosphere.

Meanwhile, the album closes out with one full vocal track "Fall At Your Feet" that features Danny Wilde of The Rembrandts. Danny was not available for the concert so his vocals were added after the fact courtesy of technological wonders Speaking of the production aspect, the album as per all of his past endeavors, is tasked to Cook. Clearly his gifts are not just limited to performing and composing, as the quality of the production is exceptional.

With a total of five studio albums to his name, Cook has an impressive body of work that requires an equally impressive live document to commemorate such past achievements. Montreal not only completes this task but it begs the question of why you would not want to be part of a true live experience of the blistering and exotic music of Jesse Cook. This will be one oversight that this reviewer will need to correct as soon as possible.
January 1, 2005
This review has been tagged as:
Ageless FavoritesGuitar musicMichael's Favorites: 2005Michael's Top 30 for the Decade (2000-2009)
Jesse's Website Jesse's Artist Page on MainlyPiano
Album Links
iTunesAmazon (referral)
This site contains affiliate links to products. We may receive a commission for purchases made through these links.
More reviews of Jesse Cook albums 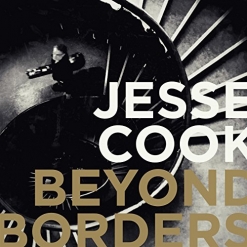 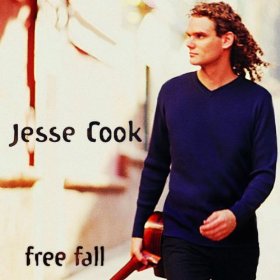 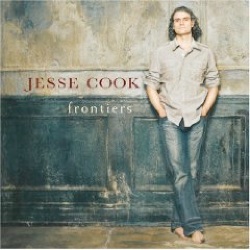