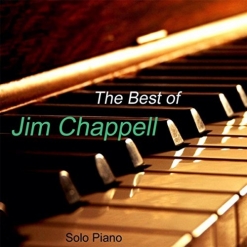 Jim's Website Jim's Artist Page on MainlyPiano
Album Links
Amazon (referral)iTunesCD BabySongbook Review
This site contains affiliate links to products. We may receive a commission for purchases made through these links.
The Best of Jim Chappell
Jim Chappell
2017 / Unspeakable Freedom Music
79 minutes
Review by Kathy Parsons
The Best of Jim Chappell is a collection of sixteen newly-recorded piano solos from ten of Jim Chappell’s many albums released between 1985 and 2009 plus two new piano solos. I have a very soft spot in my heart for Chappell’s music because it was some of the earliest “new age piano” that was available in sheet music and I worked on that music with many of my piano students at the time and continued to do so as more new age sheet music was released. Reviewing this album has been a very pleasant trip down memory lane for me.

Born and raised in Michigan, Jim Chappell started studying keyboard at the age of six and knew very soon what his “calling” in life would be. He started writing music in his early teens and formed a trio that performed in dinner clubs around the Detroit area. He later settled in Nashville as a songwriter, but felt much more “at home” at the piano. He released his first album, Tender Ritual, in 1985 on his own Unspeakable Freedom label. This Best Of album contains five tracks from that debut: the gentle title song, the joyous and playful “Magic Sleigh Ride,” “Little Dream,” “Free Again,” and “Blue Racer” - all Chappell classics.

The following year, he signed with Music West Records and released Dusk with them. “Gone” from that album became Chappell’s signature piece. It also became a staple in my teaching repertoire and was often the turning point in teaching students to play with emotional expression. One boy’s playing was technically brilliant, but was not very colorful. After he’d been working on “Gone” for a couple of weeks, he played it for me and made me cry! Teens on their hormonal roller coasters would pour out their hearts to that piece, and it will always be one of my favorites. “Heartsong” and “Dusk” from that album are also included on this compilation.

For several years (and albums) after that, most of Chappell’s music was for small ensembles and went in a more smooth-jazz direction. “A Job Well Done” is from his 1991 Nightsongs and Lullabies, “Precious Memories” is from EarthSea Series, Vol.1 (1994) and “From My Heart” is from Laughter At Dawn (1994) - all beautiful ballads. “Mockingbird Days” comes from Serenity Rush (2002) and I like this one almost as much as “Gone”! Sweetly nostalgic with a lyrical, heartfelt melody, it’s a deeply moving and expressive piece! The other four pieces from earlier albums are the title track from Coming Through (2005), “Miracle” from Honey Wind (2007) and two pieces from his 2009 release, Rise: “I Knew I’d Love You,” and the title track.

Jim Chappell’s longtime fans will love having this retrospective of his music from the past thirty-two years all in one place. The pieces were re-recorded, so the piano sound is consistent from one track to the next - something that wouldn’t happen if they were taken directly from the various albums. If you aren’t familiar with Jim’s music, here’s your chance! It’s a great album and is available from Amazon, iTunes and CD Baby. Highly recommended!

October 10, 2017
This review has been tagged as:
Kathy's Picks
Jim's Website Jim's Artist Page on MainlyPiano
Album Links
Amazon (referral)iTunesCD BabySongbook Review
This site contains affiliate links to products. We may receive a commission for purchases made through these links.
More reviews of Jim Chappell albums 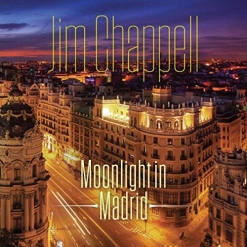