Jim's Website Jim's Artist Page on MainlyPiano
Album Links
Amazon (referral)iTunes
This site contains affiliate links to products. We may receive a commission for purchases made through these links.
Remembrance
Jim Wilson
2018 / Willow Bay Music
39 minutes
Review by Kathy Parsons
Remembrance is the tenth album from pianist/composer (and a whole lot more!) Jim Wilson. Subtitled “A Collection of Cinematic Portraits,” the album was released in 2018 and spent two weeks at #2 on the Billboard Chart. It also hit #1 on Amazon and #2 on iTunes. Piano-centered throughout, the music has strong, evocative melodies that are easily accessible, but strong enough to stay fresh for many repeated listens. Wilson composed all but one of the ten tracks, which were arranged by Brad Cole, Robbie Buchanan, Jon Gilutin and Jonathan Merrill. Most of the pieces include digital orchestration as well as guest artists, and Jim Wilson plays the piano on all tracks. The cover tune is the hit song, “Thank You For Being a Friend,” which was also the theme song for the classic TV series The Golden Girls. (It’s a great arrangement!)

Remembrance opens with “Shadow Falls,” a beautifully haunting piece that includes Charlie Morgan on drums, Neil Stubenhaus on bass, Eric Rigler on Irish flute, and Troy Dexter on guitars. One of my favorites, the quiet piano intro draws you in right away and builds from there. Love it! The title track is smooth and graceful, and could be expressing nostalgic memories or thoughts of someone who has passed on. “The Girl From Eastland County” is dedicated to Wilson’s beloved Aunt BJ, a person who “was an amazing role model for what pure, unconditional love looks like and was a beacon of inspiration to all who knew her.” Love flows from every note of this gentle piece. “In the Stillness” has a very peaceful and soothing feeling with its piano and pastel string washes. “Tangerine Moon” has a wonderful mysterious quality, a somewhat Middle Eastern flavor and a catchy rhythm - also a favorite. “Diogenes Lantern” has an interesting story: “Diogenes was an ancient Greek philosopher best known for holding a lantern to the faces of the citizens of Athens claiming he was 'searching for an honest man’. The search for truth is more meaningful today than ever.” Amen to that! I really like this one, too! The closing piece, “Denouement” brings the album to a peaceful close. The title refers to “the final resolution of the intricacies of a plot, as of a drama or novel,” which fits really well with the cinematic theme of the album.

Remembrance is an exceptional album - especially if you like strong melodies and emotionally expressive music. It is available from Amazon, iTunes, CD Baby and many streaming sites. Check it out!

December 26, 2019
This review has been tagged as:
Kathy's Picks
Jim's Website Jim's Artist Page on MainlyPiano
Album Links
Amazon (referral)iTunes
This site contains affiliate links to products. We may receive a commission for purchases made through these links.
More reviews of Jim Wilson albums 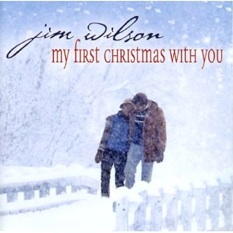 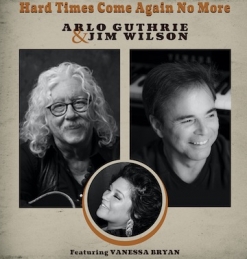