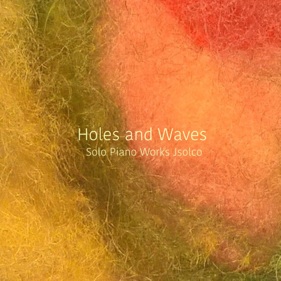 Jsolco's Website Jsolco's Artist Page on MainlyPiano
Album Links
Amazon (referral)iTunes
This site contains affiliate links to products. We may receive a commission for purchases made through these links.
Holes and Waves
Jsolco
2016 / xlpiano
3 discs / 28 tracks / 150 total minutes
Review by Kathy Parsons
Holes and Waves is the fourth release from Dutch pianist/composer Jsolco (Johan Bakker). This ambitious three-CD set is a limited-edition release that includes twenty-eight piano solos that are about half improvised and half composed, and a total playing time of about 2 1/2 hours. The first two discs were recorded “on a sunny day in Amsterdam” on a Steinway grand piano, and the third is a bonus recording of pieces recorded in 2008 and 2009 on an Ibach grand. The title for the album came about after a lively discussion in a pub with a friend. On his website, Jsolco explains: “Between the music notes, chords and sounds there is a lot of time and 'emptiness' - these are the 'holes.' In Jsolco's music, the reverbs are sometimes more important than the sounds between it. On the other hand, like lots of minimal music, in Holes and Waves piano sound waves weave constantly and repetitively in the (mostly long and extended) tracks. ... There are more associations possible with Holes and Waves. Not long ago we discovered the first sound waves coming from black holes in the universe. Maybe Holes and Waves is a tiny nano attempt to make contact with them.” It is interesting to note that the idea of producing new piano music came after listening to “Horizon” by fellow pianist/composer Ralph Zurmuhle.

When Jsolco released his previous album, Concert For Civilization in 2006, he was suffering with Pompe disease, which causes progressive muscle weakness and a great deal of pain. The creation of that album was his way of dealing with the situation, unsure of how long he would be able to keep playing the piano and believing that album to be his last. He sent a copy of the album to the House of Parliament, in what he calls his “Extraordinary Measure.” Shortly after that, he received his first infusion of Myozyme as a “test case” and the results have given him a second life. Jsolco gave his first two piano concerts in seven years in 2007 and is now able to play without pain or cramps. In essence, Holes and Waves is a celebration of that miraculous recovery.

The overall feeling of Holes and Waves is open, spacious, and very relaxed. This is music that slips easily into the background for mood or background music yet is complex and interesting enough for repeated active listening. The tone is somewhat melancholy, but doesn’t often drift into the “dark” or “somber” category - it’s more dreamy and fluid than sad or mysterious. Disc 1 has eight tracks that range from 1:40 to almost 21 minutes (the title track) - a total of about 50 minutes. Disc 2 has nine tracks that range from 2:23 to about 8 minutes at a total of about 53 minutes. Disc 3 has a slightly different sound since it was recorded during a different time period and on a different piano, but it is still a very fitting Part 3 to the set. This one has a little bit of recording noise in one channel, but it isn’t too distracting. This disc has eleven tracks at a total of 48 minutes.

I have enjoyed Jsolco’s music since I first heard it almost sixteen years ago, and I’m so glad that he has recovered from such a disabling illness to grace us with more of his music. Holes and Waves is currently available from CD Baby. Only a few hundred copies of this remarkable album will be sold, so be sure to check it out soon if you enjoy restful experimental piano music!
January 20, 2016
Jsolco's Website Jsolco's Artist Page on MainlyPiano
Album Links
Amazon (referral)iTunes
This site contains affiliate links to products. We may receive a commission for purchases made through these links.
More reviews of Jsolco albums 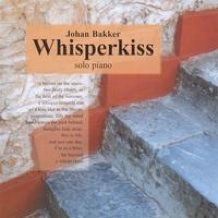 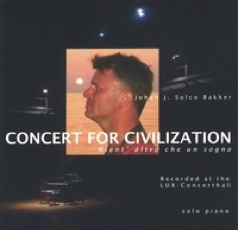