John's Website John's Artist Page on MainlyPiano
Album Links
Amazon (referral)iTunes
This site contains affiliate links to products. We may receive a commission for purchases made through these links.
The Wonder Well
John Adorney
2014 / EverSound
51 minutes
Review by Michael Debbage
It has been a mere 2 years since Adorney released his last creation The Fire In The Flint and while his latest endeavor includes the lovely vocals of Daya she is only prominently featured on two tracks. As a result The Wonder Well, much like his very early releases seeks a greater tunnel vision with the focal point more so on Adorney. His multi musical talents of equal components of the keyboards and the guitar also include the peppering of the sitar, banjo, dulcimer and cello as Adorney continues to embrace World themes from the eyes of his more accessible musical Western world.

Excluding Adorney’s complete collaborative effort Rivers Of Breath with Daya in 2010 as well as the Live! In Concert the following year, The Wonder Well is John’s seventh studio release. While Adorney has made creative changes here and there in the past this may be one of his least adventurous creations to date. To some that may sound very negative but what has become very apparent over the years is that Adorney has to be about one of the most consistent artists around. Keep in mind that his recording debut Beckoning was back in 1998 and sixteen years and seven impressive recordings later he has yet to release an average or subpar recording.

Daya is featured on the opening track “In Spiritus” as well as “If A Rose Could Speak”, the latter which is inspired and built around the hymn “For The Beauty Of The Earth”. She is also contributes minor embellishments on two other tracks, one of which is the outstanding more progressive and percussive driven “Unbounded”. The latter unleashes Adorney into his adventurous best pushing the World theme envelope without unsettling the calmer aspect of The Wonder Well. Despite the complete contrasting instruments of banjo and sitar, his playing here is as fluid as any of his Knopfler like guitar work. Add the buoyant playful rhythms and piano work of “The Meeting Place” that also features Richard Hardy on the bamboo flute and you come to realize that whether he is takes the light hearted and more reflective moment, he is equally at home.

Speaking of reflective moments, Adorney closes out the album with the gorgeous piano work on “Beautiful World” with its only embellishment being a very light wash of synthesized strings only leaving you scratching your head wondering what can this musician not do. Perhaps The Wonder Well he speaks of is his fathomless ability to consistently create compelling compositions with no indication of any end in sight.
March 23, 2014
This review has been tagged as:
Guitar music
John's Website John's Artist Page on MainlyPiano
Album Links
Amazon (referral)iTunes
This site contains affiliate links to products. We may receive a commission for purchases made through these links.
More reviews of John Adorney albums 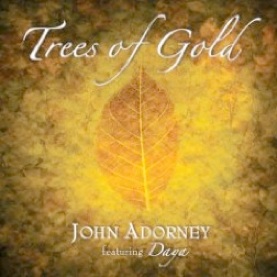