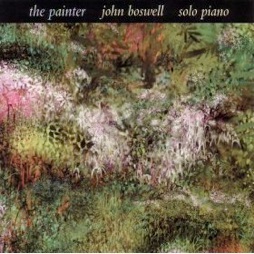 John's Artist Page on MainlyPiano
Album Links
Amazon (referral)iTunes
This site contains affiliate links to products. We may receive a commission for purchases made through these links.
The Painter
John Boswell
1994 / Hearts of Space
49 minutes
Review by Kathy Parsons
This album was originally released (1988, Scarlet Records) almost twelve years ago, but I only recently discovered it, and find it much too good to put on a shelf. This is the album that launched pianist John Boswell’s career, and it is still fresh. It also contains some of my favorites of John’s work - “The Quilt”, “Mona Claire”, and “James and the Giant Peach” top the list, but this album is strong and soothing from start to finish. Boswell’s fluid style never gets repetitive or trite, and the sincerity of his playing rings true on every piece. All of the pieces were improvised in the studio, with John visualizing a picture or scene in his mind - creating a sound painting in much the same way a painter fills a canvas.

“Mafu” opens the album with a gentle and yet very powerful mood. Boswell’s use of rubato makes it seem like he is speaking as well as playing from the heart, and is a big factor in why his music feels so personal. A metronome would be useless in playing his work - good! He makes use of this technique in much of his music, and “Mafu” beautifully sets the tone. “Child’s Eyes” is full of wonder and innocence. “Mona Claire” has kind of tragic, mysterious quality - very stirring. I assume “The Quilt” is a musical homage to the AIDS quilt - an achingly beautiful piece full of sadness, but also a sense of hope. I love this piece! “The Path” is much more free-spirited and upbeat. “James and the Giant Peach” returns to the feeling of wonder in “Child’s Eyes” - a lovely flowing melody and a feeling of reaching out to something or someone.

Most of John Boswell’s later albums contain more ensemble playing, and they are also great, but he really shines as a solo pianist. Of course, that’s my thing (I teach piano), but as a solo artist, he is one of the very best! I highly recommend “The Painter”!
January 1, 1994
John's Artist Page on MainlyPiano
Album Links
Amazon (referral)iTunes
This site contains affiliate links to products. We may receive a commission for purchases made through these links.
More reviews of John Boswell albums 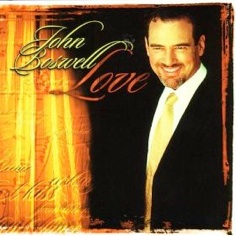 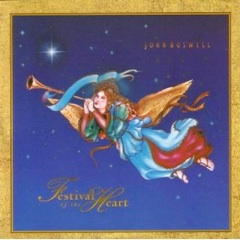 Festival of the Heart
1992
Holiday Albums