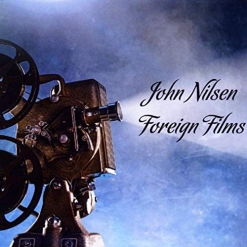 John's Website John's Artist Page on MainlyPiano
Album Links
Amazon (referral)iTunes
This site contains affiliate links to products. We may receive a commission for purchases made through these links.
Foreign Films
John Nilsen
2019 / Magic Wing Music
45 minutes
Review by Kathy Parsons
With all of the albums I review over the course of a year (between150 and 200!), it’s a real treat when one comes along that blows me away. John Nilsen’s twentieth album, Foreign Films, is that album. The eighteen original tracks were composed with the idea of making listeners feel as though they are hearing a film soundtrack. The album includes four pieces with a string quartet from the Oregon Symphony, three full-length piano solos, and four short piano solos that are preludes to the pieces that follow them. The other seven tracks are piano and/or guitar (both played by Nilsen) with orchestral backing; Nilsen composed all but one of the pieces.

One of the amazing things about Foreign Films is the variety of musical styles and genres that are featured. I knew John Nilsen was an extremely versatile artist, but his mastery of so many genres is beyond impressive. From classical to jazz to rock to folk to new age, and a few world influences, this is an album that really needs to be heard to fully appreciate the vision and artistry that went into the music.

Born in Seattle, WA and raised mostly in the Portland, OR area (where he still lives), John Nilsen is one of the busiest musicians in the Pacific Northwest. He tours constantly around the US as well as internationally, performing about 250 concerts a year that include solo piano performances as well as piano, guitar and vocals with his two bands, The John Nilsen Trio and SWIMFISH.

Foreign Films opens with “Two Towns Ago,” a graceful, bittersweet piece for piano, guitar and strings that serves as an intriguing welcome to the album. “Meryl Cries Out” clocks in at under a minute, but is perfect in its brevity. “Set An Amber Sky” is a gorgeous, haunting duet for acoustic guitar and cello and I always hate for it to end! “Marcy Ann,” for piano and string quartet, has a very classical waltz feeling with some mysterious passages that really draw you in - a favorite (one of many!). “Full Circle” kicks up the energy level by combining a variety of genres that include country, jazz, Latin, etc. It’s an eclectic mix that really works! “Wrapped Around Your Eyes” is a heartfelt romantic piano solo, pure and simple. “Parallel Hypnosis” is another favorite. Very dark and intense, piano and strings create a chilly atmosphere that is totally irresistible. An elegant piano solo, “Spoken Subtitles” tells a simple, flowing story without words. “Minute ’Til Midnight” is another favorite. Piano, strings, percussion and electric guitar beckon the listener into a bit of movie nastiness (of your own choosing). Love it! The solo piano “Classical Bicycle” playfully hints at ragtime as well as lighthearted classical stylings. “Off Into Somewhere,” a wistful, dreamy piano solo, touches the heart. “Falling Leaves,” was written by John’s piano teacher mother, Jean Nilsen. A light and breezy waltz for piano and string quartet, it stays true to the classical form and ends the album with a sweet smile.

Bravo, John Nilsen! I’ve been a fan for a long time, but you really outdid yourself with Foreign Films! The album is available from MagicWing.com, Amazon, iTunes, CD Baby and various streaming sites. Don’t miss it!

September 21, 2019
This review has been tagged as:
Kathy's Picks
John's Website John's Artist Page on MainlyPiano
Album Links
Amazon (referral)iTunes
This site contains affiliate links to products. We may receive a commission for purchases made through these links.
More reviews of John Nilsen albums 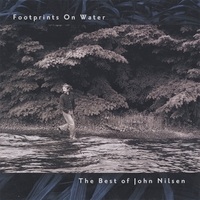